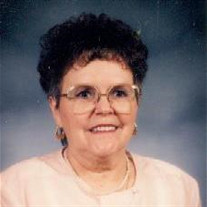 Adlyn Willits, daughter of William L. and Nellie (Ross) Shelden, was born June 6, 1934, on the family farm near Hooker, Missouri. She departed this life Wednesday, January 28, 2015, in Lake Regional Hospital, in Osage Beach, Missouri, at the age of eighty years, seven months and twenty-two days. On May 27, 1951, she was united in marriage to Stanley L. Willits, and to this union a daughter and two sons were born. She was born and reared near Hooker, Missouri and graduated from Waynesville High School in the Class of 1952. After her marriage to Stanley, the couple moved west of Waynesville, where they raised their family and she continued to live the rest of her life. In earlier years she worked as a phone operator here in the Waynesville Phone Office. Later she became a Teacher’s Aid at the Waynesville High School, where she was employed for twenty-five years, retiring in 2003. Adlyn had professed her faith in Jesus Christ and was the first baptized member of the Westside Baptist Church. She was a wonderful homemaker and loved spending time with her family, especially her grandchildren. In her spare time she enjoyed fishing, picking blackberries, gardening and canning, helping with the cattle on the farm, and loved to tell stories about the memories of the Hollow. Adlyn is survived by her three children, Randy Willits of Waynesville, MO, Shirley Stanley (Melvin) of Springfield, MO, and Ronnie Willits (Margaret) of Grandview, MO; eleven grandchildren, Tamara Weldon (Keith), Katrina Harris, A.J. Willits, Matthew Stanley, Michael Stanley (Heather), Marcus Stanley, Mandy Stanley, Taylor Stanley, Angela Middaugh, April Middaugh and Jacob Middaugh; four great-grandchildren, Alexis Stanley, Olivia Middaugh, Emilia Sosa and Ethan Stanley; two sisters, Letta Guinn and Sharlotte Smith, both of St. Robert, MO; a brother-in-law, Kenneth Willits; a sister-in-law, Francis Shelden; a number of nieces and nephews. She was preceded in death by her husband, Stanley; her parents and a number of brothers and sisters. She will be fondly remembered and great missed by all those that knew and loved her. The touch of her life will live on in our hearts forever. Memorial contributions may be made in memory of Adlyn Willits and may be left at the funeral home.

Adlyn Willits, daughter of William L. and Nellie (Ross) Shelden, was born June 6, 1934, on the family farm near Hooker, Missouri. She departed this life Wednesday, January 28, 2015, in Lake Regional Hospital, in Osage Beach, Missouri, at the... View Obituary & Service Information

The family of Adlyn Willits created this Life Tributes page to make it easy to share your memories.