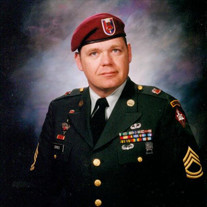 Allan James Diriex, son of Joseph James Diriex and Clara Ann Garety, was born March 27, 1959, in St. Clair, Michigan. He departed this life Saturday, July 9, 2016, in Mercy Hospital, in Springfield, Missouri, at the age of fifty-seven years, three months and twelve days. On August 2, 1985, in Honolulu, Hawaii, he was united in marriage to Chu Suk Choy, and they have shared the last thirty-six years together. He was preceded in death by his father; a brother, David Baker; his sister, Lenora Ann Diriex; and his maternal grandfather, Aloysius Pikarski. Allan is survived by his wife, Chu Suk of the Home; his mother and step-father, Clara and William Garety of Warren, Michigan; three brothers, Daniel Diriex (Eva) of Midway, Georgia, Robert Baker of Warren Michigan, and Jon Baker (Debra) of Georgetown, Indiana; his sister, Sharon Somes (Jack) of Sarnia, Ontario; a number of nieces and nephews; as well as a host of other relatives and friends. He was born and reared in Michigan and graduated from Harper Woods High School. At the age of 18, he entered the United States Army, where he served his country faithfully for 22 years as a Combat Engineer, retiring in 1999 at Fort Leonard Wood, at the rank of Sergeant First Class. He earned numerous medals and Commendations during his career. His hobbies and interest included cars, motorcycles, traveling, was an avid hockey sports fan, and enjoyed civil war reenactment. Allan professed his faith in Jesus Christ and practiced the Catholic Faith. He loved his family dearly and treasured the time spent with them. Allan was a devoted husband, a loving son and brother, and was a good friend to so many. He will be fondly remembered and greatly missed by all those who knew and loved him. We celebrate his life and cherish the memories he created for his family and many friends. He will live on in our hearts forever. Services were held at 1:00 p.m. Tuesday, July 12, 2016 in the Memorial Chapels and Crematory of Waynesville / St. Robert with Pastor Paul Lee, Pastor Bob Lormis and a United States Military Chaplain officiating. The songs “Amazing Grace”, “In the Garden” and “How Great Thou Art” were played. Serving as escorts were the United States Army. Burial with military honors followed in the Missouri Veteran’s Cemetery of Waynesville. Military honors were provided by the United States Army of Fort Leonard Wood, Missouri. Memorial contributions may be made in memory of Allan Diriex and may be left at the funeral home.

The family of SFC (Ret) Allan James Diriex created this Life Tributes page to make it easy to share your memories.