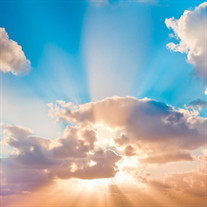 Andrea Elaine (Mathews) Gann was Born in Red Bud Illinois 12 January 1987 Pronounced dead 25 December 2019 in Waynesville Missouri. She spent the first 7 years of her life in Waterloo, Il where she attended preschool at the Immanuel Lutheran Church and then W J Zahnow Grade school Kindergarten and First grade. She began dancing with Karfargo Dance academy in Waterloo, IL at the age of four and continued this throughout her school years into high school at Salem Dance Academy in Missouri. In the summer of 1994 she moved with her family to Davisville, Missouri where she attended Viburnum grade school and junior high. There she was active in playing the piano, flute in the band, travel league basketball for the Lady Jays, summer soft ball leagues, and ran the mile for Cross Country. In 1996 she was cheerleader for boys basketball. Not only was Andrea a talented athlete she was a scholar. She competed in the state Spelling Bee. In 5th grade she achieved the President’s award. Andrea was also a competitive orator, wrote poetry, and participated in Science fairs winning multiple first place medals. In 1998 She moved to St James with her mother and brother after her biological parents divorce. She attended St James public school in 8th grade and her freshman year of high school. She played flute in the marching band, continued to play piano and ran track. In 2000 she was honored with being selected to the Teen Court Training program where she participated in 3 months of trials of her peers serving as prosecution and defense attorney. When Robert, her step father came into her life, she began attending Salem Avenue Baptist church and was active in her youth group playing keyboard in the youth praise band. She attended Camp Windemere and made a decision to follow Christ and was baptized at Salem Avenue Baptist church. Her final high school years were spent at the Northgate Christian academy graduating in 2005. After high school Andrea attended Drury College seeking prerequisites for a Law degree wishing to help those who were victims of special crimes. She met Clifton Gann and they were married Feb 10 2006. She stopped her pursuit of a college degree when she birthed her son, Carter. Andrea loved and cared for people. Seeking a possible career in nursing she attended Rolla Technical Institute and became certified as a Nurse Aide. This was a career she was prepared for as she had volunteered both at Stonecrest Nursing Home in Viburnum and St James Veteran’s home when she was school aged. Andrea worked at several Nursing Homes in Rolla, Hollister, and her latest employment was at Lifecare Center in Waynesville. She loved her residents as family and was a true patient advocate. She is survived by her son Carter William Gann, her Mother: Elaine Diane (Lueking) Mathews Briggs Stepfather Robert Maurice Briggs all of Rolla. Brother: Travis Daniel Mathews and his fiancé Alysha Allen of Taneyville, MO, Father: Daniel Burnell Mathews of Waterloo, IL. Prior Husband Clifton Gann of Rolla, Aunts, Uncles, Cousins, and in-laws. She was preceded in Death by her grandparents, Helen Mae (Ahrens) Lueking and Walter Raymond Lueking. Dale Francis Mathews and Delores Ruth (Campbell) Mathews all of Waterloo, IL. A memorial service for friends and family will be held Wednesday, 1 January 2019 at her son’s and Briggs parent’s Greentree Christian Church, Rolla, MO at 3 PM In Lieu of flowers, memorials can be made to Greentree Christian Church Youth Ministry to assist in the education of our youth in the battle against drugs and human trafficking.

Andrea Elaine (Mathews) Gann was Born in Red Bud Illinois 12 January 1987 Pronounced dead 25 December 2019 in Waynesville Missouri. She spent the first 7 years of her life in Waterloo, Il where she attended preschool at the Immanuel Lutheran... View Obituary & Service Information

The family of Andrea Elaine Gann created this Life Tributes page to make it easy to share your memories.