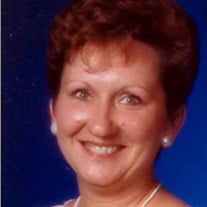 Bertha Sue Bott, daughter of the late Robert and Sylvania (Wagers) Sizemore, was born November 11, 1949 in Hyden, Leslie County, Kentucky. She passed away Monday, October 19, 2020 in the Miller County Care and Rehab Center of Tuscumbia, Missouri having attained the age of 70 years, 11 months and 8 days. As a young girl, Sue, as she was known to her family and friends, attended Felts Elementary School in Corbin, Kentucky and then attended Lily High School in Lily, Kentucky where she graduated. Sue met a young man by the name of Edward Alvin Bott. They were united in marriage on March 6, 1972 in Wahiawa, Hawaii. They shared over 48 years of marriage together and were blessed with three children: Dan, James, and Kelly. Due to Ed being in the United States Army, the family was transferred to different duty stations and Sue was involved with the military wives’ clubs for many years during that time. Sue enjoyed piecing quilts together over the years and you would find her out in her yard on a regular basis, piddling in her garden and flowers. Most importantly, she loved her family tremendously, especially the grandchildren and treasured all the times that they could spend together. Sue will be sadly missed, but fondly remembered by all those that knew and loved her. She leaves to cherish her memory, her husband: Ed Bott of the home; three children: Dan Bott (Vicky) of Lebanon, MO, James Bott (Adrienne) of St. Robert, MO and Kelly Bott of Waynesville, MO; nine grandchildren; five great grandchildren; one sister: Bobbie Elswick of London, KY; several nieces, nephews, other relatives and friends. Services were held at 11:00 a.m. Thursday, October 22, 2020 in the Memorial Chapels & Crematory of Waynesville / St. Robert with Pastor Richard Breeden officiating. The songs “Amazing Grace”, “The Old Rugged Cross”, “I Called Mama” and “Go Rest High on that Mountain” were played. Serving as escorts were family and friends. Burial followed in the Sunset Memorial Estates Cemetery of Waynesville. Memorial contributions may be made in memory of Bertha Sue Bott and may be left at Memorial Chapels and Crematory of Waynesville / St. Robert.

The family of Bertha Sue Bott created this Life Tributes page to make it easy to share your memories.