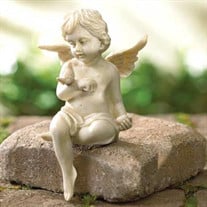 Betty Jean Rodman was born on June 7, 1932 in Kansas City, Missouri, the daughter of the late Alexander Fred and Ollie (Hutchinson) McLees. Betty lived sixty years in Gladstone graduating from school there. In 1951, Betty married the love of her life, Lester Wade Rodman, and to this blessed union four precious children were born, Jerry, Kent, Judy and Mike. Betty was a member of the Faubion United Methodist Church in Kansas City, Missouri. Betty greatly enjoyed serving others. She could always be found volunteering where ever there was a need and helping with various charity’s in and around her church and community. Betty took great pride in providing a loving home for her family and especially enjoyed being a homemaker. However, she also worked outside the home as an Avon consultant, and for JC Penny’s several years before retiring from there. Betty quietly passed away the morning of Friday, October 23, 2015 while in Lebanon South Nursing & Rehab of Lebanon, MO, surrounded by her loving family, having attained the age of 83. Betty was preceded in death by her parents, husband, Lester, two sons: Jerry and Kent Rodman and one brother, Fred McLees, and her sister-in-law: Ann McLees. Betty leaves behind to cherish her memory one daughter: Judy Burger and her husband, Doug of Lebanon, MO and one son: Mike Rodman and his wife, Betty of Virginia Beach, VA; 11 grandchildren; 15 great grandchildren; one brother: Edward McLees of Kansas City, MO; several nieces, nephews, other relatives and numerous friends. Though Betty is gone from our sight, she will remain in our hearts forever... A memorial service was held at 1:00 p.m., Wednesday, October 28,2015 in the Faubion United Methodist Church in Kansas City, Missouri. Arrangements were under the direction of Memorial Chapel of Richland.

The family of Betty Jean Rodman created this Life Tributes page to make it easy to share your memories.