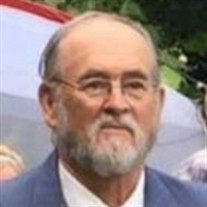 Billy Joe Roberts, son of the late Noel Loyd Roberts and Cleta Fern (Hitchens) Roberts, was born July 9, 1944, in Topeka, Kansas. In 1960, Bill’s family bought a farm in the Crocker, Missouri area and Bill began attending Crocker High School where he graduated from. Shortly after graduation, he entered the United States Army and served his country faithfully until his honorable discharge. After serving in the military, Bill moved back home to Crocker and then moved to Colorado for a few years before returning home. After returning home the second time, Bill met a young lady by the name of Donna Crossland. They began dating and were united in marriage on April 10, 1971, in Crocker. Bill and Donna spent over 50 years of marriage together and were blessed with two children: Tony and Nikki. Bill was a hardworking man who took great pride in providing for his family. He worked in maintenance at the Lodge of the Four Seasons for a time before entering the LP gas repair business. He worked for 5 years as LP Gas Inspector for the State of Missouri, Division of Weights and Measures. In 1988 he went to work for Goodrich Gas Company and stayed with them for the rest of his career, 19 years before retiring in 2008. In his spare time, Bill loved to serve and did so as a volunteer fireman with the St. Robert and Waynesville Fire Departments. He also enjoyed being outdoors; you could find him either hunting, fishing, or camping. He was also a member of the Kickapoo Trace Muzzleloaders, participating in the opening ceremonies at Waynesville’s Old Settler’s Day Celebration every year from the very first until 2012. More than anything, Bill enjoyed spending time with his grandchildren. He loved them tremendously, was very proud of them, and enjoyed every moment of time he could spend with them. Bill had made a profession of faith and was baptized. He went home to be with his Lord Tuesday, August 24, 2021, in his home having attained the age of 77 years. He will be sadly missed, but fondly remembered by all those that knew and loved him. He leaves to cherish his memory, his wife: Donna of the home; two children: Tony Roberts (Jennifer) of Waynesville, MO, and Nikki Boggs (Ray) of Devil’s Elbow, MO; nine grandchildren: Kayla Jones (Josh), David Sapp, Alexis Guida (Zach), Sarah Sapp, Daniel Sapp, Synnovea Ramsey (Walker Layne), Dillon Boggs, Emily Roberts, and Lexie Flynn; two great-granddaughters: Kenna Sapp and Clara Rey Guida, two great-grandsons: Kaden Sapp and Kyler Sapp; siblings: Sandra Smith of Richland, MO, Thomas Roberts (Karin) of Crocker, MO, and Debra Spencer (Vince) of Jefferson City, MO; a number of nieces and nephews; as well as a host of other relatives and friends. Funeral Services will be held at 1 p.m. Monday, Aug. 30, 2021, in Memorial Chapels and Crematory of Waynesville/St. Robert. Burial with Full Military Honors will follow in Missouri Veterans Cemetery FLW in Waynesville, under the care and direction of Memorial Chapels and Crematory of Waynesville/St. Robert. Visitation will be from 12 p.m. (Noon) until service time at 1 p.m. in the funeral home. Memorial Contributions in memory of Bill Joe Roberts may be made and left at the funeral home.

The family of Billy Joe Roberts created this Life Tributes page to make it easy to share your memories.