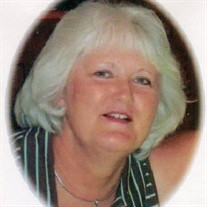 Bobette Lea Payne, of Richland, was born on June 18, 1955, to Russel and Norma (Perkins) Gibson, in Waynesville, Missouri, and departed this life on October 31, 2017, in Tulsa, Oklahoma. Bobette was united in marriage to Jerry Payne on July 16, 1977, and they shared more than 40 years of marriage together. She was preceded in death by her parents and one brother, James Gibson. She was a member of Buffalo Prairie Baptist Church at the time of her death. Bobette spent 30 years as a civil servant at Louisville, Kentucky and Fort Leonard Wood, retiring from Fort Leonard Wood in 2010. She made many friends along the way, and maintained those relationships well into retirement. She and her friends went on many fun shopping trips and excursions through the years. Bobette loved life and had many interests. Anyone who knew Bobette, knew that she loved her baskets. She and Jerry also enjoyed going to auctions and bringing home treasures to repurpose or resell. She had a special gift for design and decorating, and her home was always warm and welcoming. She was a wonderful wife, sister, aunt, and friend. She excelled at hosting family gatherings and enjoyed preparing everyone’s favorite dishes. She was the favored aunt. She will be fondly remembered and sadly missed by those that knew and loved her. Bobette leaves to cherish her memory, her husband: Jerry Payne of the home; three brothers: L.E. Gibson and wife Sandra and John Gibson, all of Richland, MO and David Gibson and wife Vicky of Columbia, MO; sister: Carol Hightower and husband Roger of Grand Junction, CO; brother-in-law: Brian Payne of Richland, MO; sister-in-law: Denise Haechrel and husband Paul of St. Paul, MN; several nieces, nephews, other relatives and friends. Graveside services were held at 1:00 p.m. Saturday, November 4, 2017 in the Campground Cemetery of Stoutland, Missouri with Gary Smith officiating. Bobette’s brother, L.E. Gibson, read the obituary and recalled his wonderful memories of Bobette. Serving as escorts were L.E. Gibson, David Gibson, John Gibson, Roger Hightower, Lucas Gibson and Kyle Gibson. Services were under the direction of Memorial Chapel of Richland. Memorial contributions may be made in memory of Bobette Payne to the Campground Cemetery Fund or the American Heart Association and may be left at the funeral home.

Bobette Lea Payne, of Richland, was born on June 18, 1955, to Russel and Norma (Perkins) Gibson, in Waynesville, Missouri, and departed this life on October 31, 2017, in Tulsa, Oklahoma. Bobette was united in marriage to Jerry Payne on... View Obituary & Service Information

The family of Bobette Lea Payne created this Life Tributes page to make it easy to share your memories.