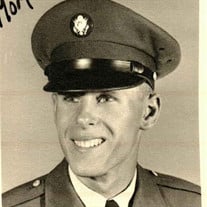 Carl Eric Kirk, son of the late Clarence J. Kirk and Wilma Jayne (Weil) Kirk, was born January 17, 1943 in Vallejo, California. He passed away Friday, April 12, 2019 in the General Leonard Wood Army Community Hospital of Fort Leonard Wood, Missouri having attained the age of 76 years. Carl grew up in Vallejo and Napa, California where he attended school. He continued his education at San Francisco State College and earned a Bachelor of Arts Degree in Anthropology and earned his Master’s Degree in Science from Troy State University. In 1967, Carl entered the United States Army and served his country faithfully until his retirement after 36 years. He attained the rank of Lieutenant Colonel and earned several awards and commendations; some of which include: Joint Service Achievement Medal, Good Conduct Medal, National Defense Service Medal (2nd Award), Armed Forces Reserve Medal, Army Service Ribbon, Overseas Service Ribbon, Joint Meritorious Unit Award, Air Force Outstanding Unit Award (3rd Award), and Army Reserve Components Overseas Training Ribbon (w/numeral 7). After retiring from the military, Carl continued to serve his country by working as a civil service employee. He also became part of the adjunct faculty of Columbia College in Political Sciences and Middle East Culture & Society. He also substitute taught at Laquey Middle School and for the Waynesville R-VI School District. On December 18, 2004, Carl was united in marriage to Anneke Wiljona Huwae in Waynesville, Missouri. They shared over 14 years of marriage together and shared many wonderful experiences. In his spare time, Carl enjoyed different cuisines and traveling all over the world experiencing different cultures. He was a life learner and also loved to help others, even with the little things. He was a member of the MAC Writer Group, past member of the DAV and MOAA, served as a social sponsor for the International Student Organization and was a master gardener with the Pulaski County Garden Club. Carl was also a member of the St. Robert Church of God. One of the highlights of his life was his daughter, Chandra Leone Kirk. He loved her tremendously and when she was younger he was a “Medical Explorers Advisor”. He enjoyed going to her different functions and watching her grow into a beautiful young lady. Carl will be sadly missed, but fondly remembered by all those that knew and loved him. He leaves to cherish his memory, his wife: Anneke Kirk of the home; one daughter: Chandra Leone Kirk and her mother, Carloyn Kirk of Temecula, CA; cousins: Diane Caufield of the state of California and Steve Weil of the state of California; other relatives and friends. Funeral services were held at 12:00 p.m. Thursday, April 18, 2019 in the St. Robert Church of God in St. Robert, Missouri with Pastor Ron Leggett officiating. Gilbert Paz and Juan Gonzales, friends of Carl, recalled their wonderful memories of Carl. Serving as escorts were the United States Army. Burial with full military honors followed in the Missouri Veterans Cemetery of Waynesville. Military honors were provided by the United States Army of Fort Leonard Wood, Missouri. Services were under the direction of Memorial Chapels and Crematory of Waynesville / St. Robert.

The family of LTC (Ret) Carl Eric Kirk created this Life Tributes page to make it easy to share your memories.