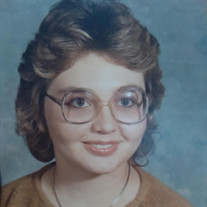 She was born into the world Carla Michelle Skinner on September 14, 1968 to Charles and Erma Skinner (Murray), a cotton-topped Daddy’s girl who inherited her father’s orneriness and her mother’s compassion. She grew to become a fierce friend, a loving soul, and a force of nature. She bore three daughters whom she loves dearly. She wed William “Bill” Bradish on April 2, 2010. They were mostly inseparable even from the beginning. Where she went, Bill would always follow. Carla, also affectionately known as Cricket, enjoyed MOST the time spent with their children and grandchildren: Brandon Charles Billups, Nolan John Morgan, Deja Michelle Jennings, Marvin Jennings III, Zane Juandell Recio, and while she never got to meet Shasmeen Carla-May Hall she enjoyed seeing pictures and videos of her newest grandbaby. Carla and her husband also valued deeply the time and memories shared with their many longtime friends. She believed in prayer and magic on Earth. She left her “Cricket Driplets” each piece of her inside of them. From strength, stubbornness, and determination to her kindness and willingness to help others, to her intellect and talent with music and wordplay as she is a gifted poet and linguist, to her keen perspective on the world and the hidden world around it or her inclination toward good times, good food, and good laughs. She moved on to her next adventure on August 6,2021 and had attained the age of 52 years, 10 months, and 23 days....as if in typical fashion, Bill followed close behind her and joined her in eternity the very next day. She was greeted and preceded in death by her father and mother, her brother, Charles “Mitch” Skinner, grandparents, and many favorite aunts and uncles. She is survived by her three daughters Devon Morgan (Skinner) and Amy Brown (Guest) of Missouri and Magan Hall (Skinner) of Virginia and six grandchildren, their canine companion, Lola, and three affectionately dubbed "granddoggers" Millie, Mini, and Cricket. Inurnment will be held at a later date in the Antioch Cemetery near Crocker, MO. Arrangements are under the direction of Memorial Chapels and Crematory of Waynesville / St. Robert.

She was born into the world Carla Michelle Skinner on September 14, 1968 to Charles and Erma Skinner (Murray), a cotton-topped Daddy&#8217;s girl who inherited her father&#8217;s orneriness and her mother&#8217;s compassion. She grew to become... View Obituary & Service Information

The family of Carla Michelle Bradish created this Life Tributes page to make it easy to share your memories.

She was born into the world Carla Michelle Skinner on September...