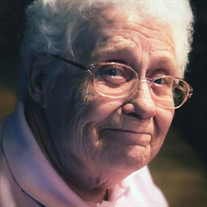 Carol Jeanne Novak, daughter of the late Rev. Andy and Alice Swanson, was born March 6, 1936, in the Worthington, Minnesota, attending school there as well as, Iowa, Nebraska and Kansas. Carol made a profession of faith in Christ at a young age, and at the time of her passing was a beloved member of Grace Baptist Church in Richland, Missouri. Carol loved hearing the preaching and teachings of God’s Holy word. She especially enjoyed listening to Southern Gospel music. Carol met a young handsome airman named, Joseph “Joe” F. Novak in Topeka, Kansas. Carol was soon swept off her feet and the two wed on March 24, 1956, in Memphis, Tennessee, and to this union three children were born, Michael, Katharine and Daniel. After Joseph’s discharge from the U.S. Airforce, the couple moved to Chicago, Illinois, then on to Nebraska before making their home in Richland, Missouri in April of 2005. Carol was known for her kind heart and gentle nature. She greatly enjoyed playing the organ and piano, giving piano lessons for several years. Carol also sold Avon. She loved collecting Avon plates and bells. Carol was an avid Nebraska Husker football fan. However, Carol’s greatest joy was found in her family and taking care of her home, nothing compared to the time she spent making memories with them. Carol entered into the presence of her Lord in the early morning hours of Wednesday, March 16, 2016, in the Richland Care Center surrounded by her loving husband, Joe and children, having attained the age of 80. Carol leaves to cherish her memory, her husband, Joe of the home; 2 children: Katharine Lynne Cofer (Howard) of Lincoln, NE and Daniel Joseph Novak (Debra) of Richland, MO; 10 grandchildren: Kyla Nichols (Chas), Brian Cofer (Kate), Leah Morgan (Christopher), Melanie Vignal (Matt), Merikate Novak, Alicia Novak, Amy Cofer, Ashley Novak, Matthew Novak and Lydia Novak; 2 great-grandchildren: Coleman and Caeden Morgan and baby Nichols on the way in May; two sisters: Phyllis Borg of Omaha, NE and Judy Baxter of Rochester, MN; several nieces, nephews, other relatives and friends. Carol was preceded in death by her parents, beloved son, Michael Edward Novak, and two precious grandbabies, Rebecca and Bradley. Carol was a loving daughter, wife, mother, grandmother, sister, aunt and friend. She loved unconditionally and will forever remain in the hearts of those who knew and loved her. Services were held at 11:00 a.m., Saturday, March 16, 2016 in Grace Baptist Church of Richland with Pastor Fred Bobe officiating. The eulogy was read by Robert Sieger. Daniel Novak shared fond memories of his mother, along with other family members and friends. The congregation sang, "And Can It Be." Soloist, Mary Ann Tate sang "In the Garden Medley" and Soloist, Sonja Frost sang "It is Well with My Soul." Serving as escorts were Brian Cofer, Daniel Novak, Matt Vignal, Matt Novak, Howard Cofer, Chas Nichols and Christopher Morgan. Burial followed in Sunset Memorial Estates Cemetery of Waynesville, Missouri. Services were under the direction of Memorial Chapel of Richland.

Carol Jeanne Novak, daughter of the late Rev. Andy and Alice Swanson, was born March 6, 1936, in the Worthington, Minnesota, attending school there as well as, Iowa, Nebraska and Kansas. Carol made a profession of faith in Christ at a young... View Obituary & Service Information

The family of Carol Jeanne Novak created this Life Tributes page to make it easy to share your memories.