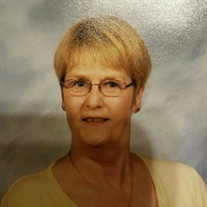 Catharina “Toos” Bouwens Nickell, daughter of the late Johanne H. and Hendrick J. (Kortooms) Bouwens, was born April 25, 1949 in Valkenburg, Netherlands where she grew up and graduated from St. Anthony’s High School. Toos met a United States soldier while still in Valkenburg; his name was Ronald F. Mishou. They were united in marriage on November 23, 1968 in Valkenburg and shared almost 29 years together before he preceded her in death in December 1997. They were blessed with two children: Robert and Miranda. Shortly after her marriage to Ronald, Toos came to the United States. Due to Ronald being in the military, the family moved several times and was transferred to Fort Leonard Wood. After moving to the Waynesville area, she served as a nursing assistant at the Waynesville Nursing Center for four years and began working at General Leonard Wood Army Community Hospital in 1990 as a secretary before retiring in 2010. Before coming to the States, Toos worked as a home nursing assistant in Holland and also was the manager of a deli, and a flower shop. In her spare time, Toos enjoyed being outdoors working in her flower garden. She was an avid reader, enjoyed bowling and working with ceramics. Toos was a member of the St. Robert Bellarmine Catholic Church and was very active before moving to Nebraska. She was a member of the Altar Rosary Society, and teacher of the 2nd grade Carsillo Group at the church. In 2000, she met James Monroe Nickell and they were united in marriage in Omaha in August 2010. Toos passed away Saturday, September 24, 2016, in Heritage Ridge Retirement Community, in Bellevue, Nebraska having attained the age of sixty-seven years. She will be sadly missed, but fondly remembered by all those that knew and loved her. Toos leaves to cherish her memory her husband, Monroe Nickell; her son, Robert Mishou and his wife, Sylvia, of Kearney, Nebraska; her daughter, Miranda Helmick and her husband, Jay of Papillion, Nebraska; five grandchildren; a brother, Jan Bouwens, of the Netherlands; a sister, Anny Hartjens of Wendell, Massachusetts; a number of nieces and nephews; as well as a host of other relatives and friends.

The family of Catharina "Toos" Bouwens Nickell created this Life Tributes page to make it easy to share your memories.