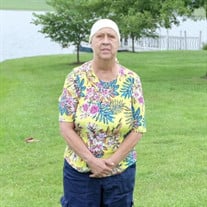 SSG (Ret) Cathy Marie Bower, 64, of Waynesville, MO, passed away peacefully at her home after a two year cancer journey, on December 20, 2020. Cathy served in the United States Army for 20 years. Cathy was born on June 13, 1956 in Syracuse, NY to Margaret Southard. She joined the United States Army in 1972. Cathy served her country both home and abroad for 22 years. She served at several duty stations here in the United States, and did tours overseas in both Korea and Germany. She was an active soldier in the Women’s Army Corps and the Military Police Corps. She had a passion for being an MP and Corrections NCO. Cathy attained the rank of Staff Sergeant before retiring in 1994 with the 701st MP Battalion out of Fort McClellan, Alabama. After retirement, Cathy worked for the United Postal Service. Not long after, she took a Department of Defense job in Fort Leonard Wood, Missouri. She worked at the Maneuver Support Center, where she was the United States Army Military Police School Quality Assurance Evaluator Chief. She served in this position for 20 years, before retiring in 2019. She lived to serve her country and her fellow troops. Cathy was fiercely independent, but was devoted to her family, friends, and country. She never missed a celebration or birthday party, especially those of her grandchildren. She loved to spend time with those around her. Fishing was one of her favorite things to do, and her son Kevin took her often. Of course, she always out fished him. She also looked forward to having meals and conversations with her friends. Her close friends Bob and Martha were always willing to go to Cracker Barrel with her. Cathy and her sister Terrie often traveled together, taking trips to different places. They visited New York; Nashville, TN; and Yellowstone National Park, where they went white water rafting. She always cared for others before herself, and she took pride in that. Mrs. Bower is survived by one child: Kevin Bower (Sybil) of Waynesville, MO; four grandchildren: Kaylynn, Brooklyn, Abigail, and RayLee; two brothers: Paul Southard of Tian Mue Shan, China, and William Southard (Jeanna) of Boyce, LA; three sisters: Bonnie Laylon (John) of Springfield, TN, Gale Fredenburg (Rick) of Lowville, NY, and Terrie Southard of Brentwood, TN; nieces, nephews, other relatives, and friends. Mrs. Bower is preceded in death by: Her loving husband and soul mate, John Bower; one brother, Mark Southard; and her mother, Margaret Southard. Memorial Contribution may be made in memory of Cathy Bower in order to assist with her burial next to her loving late husband John Bower, in Virginia. These contributions may be left at Memorial Chapels and Crematory of Waynesville/St. Robert.

SSG (Ret) Cathy Marie Bower, 64, of Waynesville, MO, passed away peacefully at her home after a two year cancer journey, on December 20, 2020. Cathy served in the United States Army for 20 years. Cathy was born on June 13, 1956 in Syracuse,... View Obituary & Service Information

The family of SSG (Ret) Cathy Marie Bower created this Life Tributes page to make it easy to share your memories.