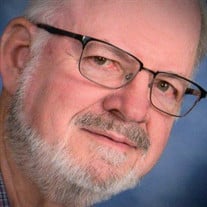 Today we have chosen to celebrate a life, a life well lived. Cecil Ray Pemberton finished his earthly journey peacefully in his sleep the morning of Tuesday, October 24, 2017 surrounded by his loving family. He left this world with dignity and grace. Born in Crescent, Missouri to Arley and Nellie (Wright) Pemberton, Cecil was the second youngest of nine children. After graduating from Richland High School, Cecil joined the Army where he faithfully served his country in Korea until his honorable discharge. Cecil then attended Tri-State University in Indiana obtaining his degree in electrical engineering. While he was there, he met Celia Schlund on a blind date. They fell fast in love and were married November 10, 1962. Through the years they shared many wonderful memories and were only two weeks away from celebrating their 55th wedding anniversary. In Cecil’s spare time he greatly enjoyed fishing, hunting, and being in his woods. He and Celia also traveled when she could get him to leave their beloved farm; Cecil would grin as he admitted that he really did have a great time on their trips. However, Cecil’s most treasured times were spent with his beloved wife, family and friends. Cecil was a blessed man and leaves to cherish his memory, his loving wife, Celia Pemberton of the home; his four children: Jennifer O’Brien of Richland, MO, Susan McCrary (William) of Defiance, MO, Michael Pemberton (Louise) of New Orleans, LA, and Matthew Pemberton (Morgan) of Columbia, MO; 4 grandchildren: Colleen O’Brien-Navarro (Noah) of Lake St. Louis, MO, Mary O’Brien-Kochbeck (Joe) of St. Louis, MO, Alan O’Brien of St. Louis, MO and Ellie McCrary of Defiance, MO; 3 great grandchildren: Elizabeth, Holden and Harrison of Lake St. Louis, MO, and another great grandbaby due in just three weeks; one sister: Hazel Rawlins of Bentonville, AR; one brother: Warren Pemberton of Lebanon, MO; many nieces, nephews, other relatives and friends. He was preceded in death by his parents, brothers: Otis Gail, John, Raymond and Wayne; one sister, Helen and a son-in-law, Gary O’Brien. Although we will miss the warmth, laughter and enjoyment of his many stories of past adventures, the pain of our loss is softened by the memory of who he was and the joy and happiness he brought to so many hearts. A Celebration of Life service was held at 2:00 p.m., Sunday, October 29, 2017 in the Richland United Methodist Church with Rev. Mitch Henson and Rev. Dwain Hennessey officiating. Favorite song selections included, “Let It Be How Great Thou Art,” “Softly and Tenderly,” “On Eagles Wings” and “Drift Away.” Scriptures from Micah 6:6-8; Psalm 23 and Revelation 21:1-5 were read. Family and friends shared touching memories about Cecil. Inurnment will be in the Mt. Union Cemetery, Brumley, Missouri at a later date. Memorial contributions may be in memory of Cecil Ray Pemberton to the Puerto Rico and Virgin Island Relief Fund, or to the Missouri Department of Conservation and may be left at the Memorial Chapel of Richland.

Today we have chosen to celebrate a life, a life well lived. Cecil Ray Pemberton finished his earthly journey peacefully in his sleep the morning of Tuesday, October 24, 2017 surrounded by his loving family. He left this world with dignity and... View Obituary & Service Information

The family of Cecil Ray Pemberton created this Life Tributes page to make it easy to share your memories.

Today we have chosen to celebrate a life, a life well lived....