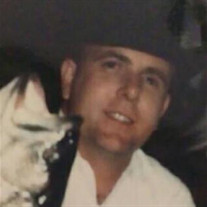 Charles “Chuck” Erwin Beasley, son of the late Claude Erwin Beasley and Marjorie Louise (Bench) Beasley, was born September 9, 1938 in Richland, Missouri. As a teenager, he and his family moved to Tehran, Iran where he graduated from high school. Charles moved back to the United States and settled in St. Louis, Missouri for a time before moving to Las Vegas, Nevada at the age of twenty-five where he married Wanda Pauline Orick in 1967. He later moved to the southeast Missouri area where he lived until his passing. Charles was a hard worker and worked several jobs including sawmilling, construction and poultry processing, but for the majority of his working years, Charles served as a bellman at the Sahara Hotel in Las Vegas. He enjoyed greeting all the guests and helping them however he could. In his spare time, Charles enjoyed fishing, camping and also liked to read, listen to music, watch Western movies and was an avid St. Louis Cardinal baseball fan. Most importantly, he loved spending time with his family. Charles passed away Friday, July 6, 2018 at Southeast Hospital in Cape Girardeau, Missouri having attained the age of seventy-nine years. Charles leaves to cherish his memory, his four children: Charles E. Beasley II of Bernie, MO, Patricia Judd (Ira) of Newbern, TN, Robin Nolan (Christopher) of Drummonds, TN and Crystal Harty of Bernie, MO; eight grandchildren: Devin Busby, Joshua Busby, Meghan Cowart, Aaron Beasley, Ashlyn Perkins, Samantha Perkins, Ethan Trammell and Blake Harty; other relatives and friends. Graveside services were held at 3: oo p.m., July 10, 2018, in the Oaklawn Cemetery with Pastor Christopher Hendrix officiating. A favorite song entitled, “Peace in the Valley” was played. Services were under the direction of Memorial Chapel of Richland. Memorial contributions may be made in memory of Charles Beasley and may be left at the funeral home.

Charles &#8220;Chuck&#8221; Erwin Beasley, son of the late Claude Erwin Beasley and Marjorie Louise (Bench) Beasley, was born September 9, 1938 in Richland, Missouri. As a teenager, he and his family moved to Tehran, Iran where he graduated... View Obituary & Service Information

The family of Charles Erwin Beasley created this Life Tributes page to make it easy to share your memories.