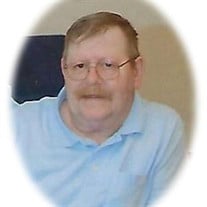 Charles Martin Richards, son of the late Joh Regnari and Paula Irene (Vesivalo) Richards, was born September 22, 1949 in Escanaba, Michigan. As a young boy, Charles grew up and attended school in Michigan. He graduated with the Class of 1967 from Gladstone High School in Gladstone, Michigan. At the age of 19, Charles entered the United States Army and served his country faithfully until his retirement in 1990. For his faithful service, he earned several awards and commendations; some of which included: Army Service Ribbon, National Defense Service Medal, Army Commendation Medal, Vietnam Service Medal w/3 Service Stars, Good Conduct Medal 3rd Award, Overseas Service Ribbon w/numeral 3, Meritorious Service Medal, NCO Professional Development Ribbon w/numeral 3, Republic of Vietnam Campaign Medal, Army Achievement Medal 1st Oak Leaf Cluster, Humanitarian Service Medal, and the Meritorious Unit Commendation. Charles was stationed at different duty stations during his career and his last overseas station was in Naples, Italy. In 1989, he was transferred to Fort Leonard Wood, Missouri and had attained the rank of Chief Warrant Officer. On April 3, 1971, Charles was united in marriage to Mary Sue LaMarche in Wells, Michigan. They shared over 46 years of marriage together and were blessed with one son, Jim. Mary preceded Charles in death on October 18, 2017. After retiring from the military, Charles decided to stay in the Fort Leonard Wood area. He worked for a few years for the Stoutland School District and later went to work on Fort Leonard Wood as a locksmith. In his spare time, Charles loved racing. He loved every aspect of racing….from helping his son with his race car, watching the races at I-44 Speedway in Lebanon or watching them on TV. He was known around the racetrack as “Tinker” and actually won Mechanic of the Year from NASCAR for the I-44 Speedway in 1995. Charles also collected guns and rebuilt his wheelchair. He was also a member of the American Legion Post 331. Most importantly, he loved his family and enjoyed spending time with them whenever he was able. Charles passed away Tuesday, November 12, 2019 in his home having attained the age of 70 years. He will be sadly missed, but fondly remembered by all those who knew and loved him. Charles leaves to cherish his memory, his son: Jim Richards (Maurita) of Enid, OK; one grandson: Matthew Richards; one brother: Jared Richards (Judi) of the state of Michigan; two sisters-in-law: Denise Richards of Carney, MI and Susan Chouinard of the state of Wisconsin; several nieces,nephews, other relatives and friends. In addition to his parents and wife, Charles was preceded in death by one brother, John Richards. Services were held at 10:00 a.m. Saturday, November 16, 2019 in the Memorial Chapels and Crematory of Waynesville / St. Robert with Chaplain (CPT) Russell Sanders officiating. Graveside services with military honors were held at 10:30 a.m. Monday, November 18, 2019 in the Missouri Veterans Cemetery of Waynesville. Military honors were provided by the United States Army of Fort Leonard Wood, Missouri. Memorial contributions may be made in memory of CW3 (Ret) Richards and may be left at the funeral home.

Charles Martin Richards, son of the late Joh Regnari and Paula Irene (Vesivalo) Richards, was born September 22, 1949 in Escanaba, Michigan. As a young boy, Charles grew up and attended school in Michigan. He graduated with the Class... View Obituary & Service Information

The family of CW3 (Ret) Charles Martin Richards created this Life Tributes page to make it easy to share your memories.