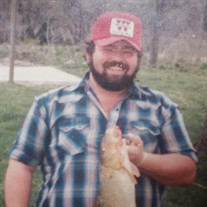 Charles Mitchell Skinner was born December 24, 1961 to Charles Morris Skinner and Erma Lee (Murray) Skinner at Waynesville Memorial Hospital. Charles passed away at his home in Crocker, MO Saturday, September 22, 2018. Charles was preceded in death by his father Charles and his mother Erma. Charles is survived by one sister Carla Bradish and her husband William Bradish, three nieces, four great nephews and one great niece, as well as many other relatives and friends. As a young boy, Charles, also known as Mitch, was taught many things from his father. Many hours were spent together creating a bond and teaching him hands on knowledge that has proven to be a necessity in all areas of life. Charles could fix most anything or tell a person how to fix it whether it be automobiles, household maintenance or any other task that is thought to be “man’s work”. Charles drove over the road for about 35 years so being out on the open road was where he felt at home the most. On occasion he would stop for a little fun at the casinos hoping to hit that big jackpot. When he would win a bunch he’d always call home to tell us and by the sound of his voice we knew he was smiling from ear to ear. Fishing and hunting were also some of the things he liked to do, as well as spending time with his friends and family. After a few days he was ready to head out to deliver another load. Charles had a great sense of humor and could be quite comical at times. Both he and his sister shared mood altering personalities that sometimes lead to quick tempers so he nicknamed Carla “Sister Cybil”. In return she nicknamed him “Cybil Simon”. Together it made them Cyblings… Charles (Mitch) will be greatly missed by many people but his memory will never fade… Graveside services were held at 10:00 a.m. Tuesday, September 25, 2018 in the Antioch Cemetery of Crocker, Missouri with Pastor Danny Graves officiating. Serving as escorts were family and friends. Services were under the direction of Memorial Chapels and Crematory of Waynesville / St. Robert.

The family of Charles Mitchell Skinner created this Life Tributes page to make it easy to share your memories.