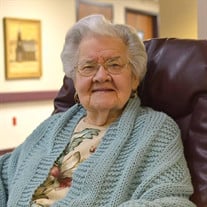 Charlotte Harbaugh, daughter of Gerram Tuten and Eva Agnes (Smith) Bowers, was born July 23, 1932 in Estill, South Carolina. She went home to be with her Lord on November 19, 2018 in the General Leonard Wood Army Community Hospital of Fort Leonard Wood, Missouri having attained the age of eighty-six years. On August 1, 1952, Charlotte was united in marriage to Rev. Wilbur E. Harbaugh in Beaufort, South Carolina. They were blessed with three children: Kathleen, Cynthia, and David. Charlotte returned to her home of Beaufort, South Carolina in 1983 where she enjoyed her position as Executive Secretary to the President of Alcoa/Dawtaw Island until her retirement. She renewed many long time friendships and made many new friends, especially as a member of her beloved Baptist Church of Beaufort and her Coffee Club. Very special to her were “the big five” - four women with whom she shared an enduring friendship from elementary school to present day. She returned to Missouri in 2016 and resided at the Baptist Home in Ozark, Missouri where she treasured many close and dear friendships. Charlotte leaves to cherish her memory, her daughter: Cynthia (Bill) Breyfogle of Brentwood, TN and son David (Kathy) Harbaugh of Devil’s Elbow, MO; three grandchildren: Gerram (Leah) Mathews, April (Steve) Grosvenor and Kale (McKenzie) Harbaugh; and seven great grandchildren: Darien, Riley and Regan Grosvenor and Isaac, Selah, Jude and Olive Mathews. She was preceded in death by her parents, Gerram and Eva Bowers; sister, Drucilla (Ashley) Graves; husband, Rev Wilbur Harbaugh; and daughter, Kathleen. Private interment will be held in the Sunset Memorial Estates Cemetery of Waynesville, MO. Celebration of Life Services will be held at 2:00 p.m. Friday, November 23, in the Ozark Baptist Home, 1625 W. Garton Road, Ozark, MO. Arrangements are under the direction of Memorial Chapels and Crematory of Waynesville / St. Robert. In lieu of flowers, request donations be made in her memory to the Benevolence Fund of the Baptist Home, P.O. Box 1040, Ozark, Missouri 65721.

Charlotte Harbaugh, daughter of Gerram Tuten and Eva Agnes (Smith) Bowers, was born July 23, 1932 in Estill, South Carolina. She went home to be with her Lord on November 19, 2018 in the General Leonard Wood Army Community Hospital of Fort... View Obituary & Service Information

The family of Charlotte Harbaugh created this Life Tributes page to make it easy to share your memories.