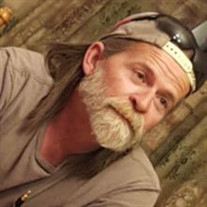 Chris Alan Morrow, son of William C. Morrow and Carolyn Yvonne Taylor, was born September 3, 1960 in Athens, Tennessee where he grew up and graduated from high school. On October 5, 1979, Chris was united in marriage to Tammy Leveta Wilson in Waynesville, Missouri. They just celebrated 41 years of marriage together and were blessed with three children: Tonya, Leveta and Nathan. Shortly after graduating from high school, Chris entered the United States Army. After he and Tammy were married, they were stationed in Ft. Stewart, Georgia for one year. They then moved back to Waynesville where they have remained. In 1995, Chris opened his own business, Morrow’s Plumbing. He owned and operated the business for 25 years and made many friends over the years through the business. In his spare time, Chris enjoyed being outdoors; you could usually find him either hunting or fishing. He enjoyed collecting different items. Chris was an avid St. Louis Cardinals and Kansas City Chiefs fan. He enjoyed watching the games whenever he could. Chris liked visiting with family and friends and was not afraid to share his opinion with others. Most importantly, Chris loved his family. His kids were his world and he was proud of them and always looked forward to every time the family could get together. Chris passed away Monday, October 5, 2020, at his home in Waynesville after a courageous and hard-fought battle with cancer. He had attained the age of 60 years. He leaves to cherish his memory, his wife, Tammy; three children, Tonya Powell (Fredrick) of St. Robert, MO, Leveta Schmidt of St. Robert, MO, and Nathan Morrow (Misty) of St. Robert, MO; eighteen grandchildren; his mother, Betty Morrow of Athens, TN; five siblings, Jeanie Davis, Randy Carter, William Morrow, Jr., Deborah Wilson, and Sandy Moses; his father-in-law and mother-in-law, Henry Davis Wilson, Jr. and Laveta Melzona Wilson of Waynesville; a number of nieces and nephews; as well as a host of other relatives and friends. Chris was preceded in death by his parents: William Morrow and Carolyn Taylor; and his paternal and maternal grandparents. Even though he is gone from our sight, his love and determination will live on in our hearts forever. Services were held at 3:00 p.m. Friday, October 9, 2020 in the New Life Ministries of Waynesville, Missouri with Bishop Fredrick Powell officiating. Granddaughter Jewel Harmel sang “Temporary Home”and Granddaughter Ameryah Powell sang “Amazing Grace”. Courtney Cunningham read the obituary and Pastor Tonya Powell (Chris’ daughter) gave a beautiful eulogy and encouraging message. Serving as escorts were Nathan Morrow, Eathan Morrow, Mark Hedrick, Josh Cunningham, Cody Howard, Bill Betts, and Fredrick Powell. Burial followed in the Sunset Memorial Estates Cemetery of Waynesville. Services were under the direction of Memorial Chapels and Crematory of Waynesville / St. Robert. Memorial Contributions in memory of Chris Morrow may be left at the funeral home.

Chris Alan Morrow, son of William C. Morrow and Carolyn Yvonne Taylor, was born September 3, 1960 in Athens, Tennessee where he grew up and graduated from high school. On October 5, 1979, Chris was united in marriage to Tammy Leveta Wilson... View Obituary & Service Information

The family of Chris Alan Morrow created this Life Tributes page to make it easy to share your memories.