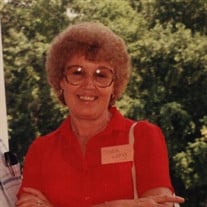 Clara Belle Long, daughter of the late Loyd and Bertha (Guthrie) Oliver, was born October 21, 1939 in Altoona, Alabama. She passed away Tuesday, December 25, 2018 in her home having attained the age of seventy-nine years. Clara grew up in Boaz, Alabama where she attended school and worked alongside her siblings chopping cotton in the fields. The family later moved to Waukena, California. Clara met a young man on a double blind date by the name of Dwayne Truman Long. They met in the fifties at Mooney’s Grove Park in Visalia, California. On July 17, 1958, they were united in marriage in Hanford, California. The ceremony was a double ceremony with Clara’s sister, Edna who married Jaurel Fincher. Dwayne and Clara were blessed with three children: Sandra, Debra and Steven. They celebrated their 60th anniversary on July 17, 2018. In the early 1960’s, Clara worked as a waitress for Junior and Bill Fincher. Later in life she worked in retail in Tulare, California for several years before she and Dwayne moved to Missouri. Clara was an avid collector of Angel figurines, Elvis memorabilia, clowns and collector spoons. She was always looking for an item that she could add to her collection. Clara loved to vacation and spend time with her family and friends. She also enjoyed BBQs and big family dinners. She just loved spending time with her family and always looked forward to getting together with them. Clara will be sadly missed, but fondly remembered by all those who knew and loved her. She leaves to cherish her memory her husband: Dwayne Long of the home; two children: Debra Thompson of St. Robert, MO and Steven Long (Janene) of St. Robert, MO; one granddaughter: Natasha Long of St. Robert, MO; one great-granddaughter: Kimora Long; four sisters: Edna Fincher (Jaurel), Clara Engle, Glenda Moreno (Johnny) and Elizabeth Bennett (Mike); other relatives and friends. In addition to her parents, Clara was preceded in death by one daughter: Sandra Kay Long; one brother: Edward Oliver; one sister: Louise Bradford; and one grandson: Michael Thompson. Services were held at 11:00 a.m. Friday, December 31, 2018 in the Memorial Chapels and Crematory of Waynesville / St. Robert with Pastor Danny Graves officiating. The songs “Go Rest High on that Mountain” by Vince Gill, “I Want to Stroll Over Heaven With You” by Alan Jackson and “Far Side Banks of Jordan” by Jimmy Fortune were played. Serving as escorts were J.T. Roberts, Ricky Fry, Jack Morgan, Chad Ray, Junior Palmer and Gary Hammock. Burial followed in the Pleasant Hill Cemetery of Hartville, Missouri. In lieu of flowers, memorial contributions are suggested to the Pleasant Hill Cemetery Fund and may be left at Memorial Chapels and Crematory of Waynesville / St. Robert.

Clara Belle Long, daughter of the late Loyd and Bertha (Guthrie) Oliver, was born October 21, 1939 in Altoona, Alabama. She passed away Tuesday, December 25, 2018 in her home having attained the age of seventy-nine years. Clara grew up... View Obituary & Service Information

The family of Clara Belle Long created this Life Tributes page to make it easy to share your memories.