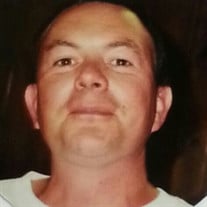 David Louis Giedinghagen, son of Louis Earl and Dorothy Lucile (Hendricks) Giedinghagen, was born February 10, 1957, in St. Louis, Missouri, Missouri where he grew up and attended school, graduating from Riverview Gardens High School in 1975. On February 14, 1981, David married his sweetheart, Carol Jane Poenicke, at Calvary Baptist Church in St. Louis, Missouri. The two were inseparable, and together shared over 33 wonderful years, and a lifetime of memories. David continued his education by attending Florissant Valley Community College, obtaining an Associate’s Degree in Advertising Design and Commercial Art, then on to Lincoln University earning a Bachelor of Science Degree in Art Education, and a Master of Education in Educational Leadership and Policy Analysis from University of Missouri at Columbia. David taught Graphic Design in Florissant Valley part time, was a title/aide teacher in Owensville for several years, Cuba for three years teaching elementary art, then to Vienna teaching art, PK-12. In 2009, David and Carol moved to Richland, where David taught art to PK-6. Dave accepted Jesus as his personal Lord and savior on May 29, 1963, and was baptized on June 9, 1983, and was ordained as a deacon in 2003. Dave was a member of First Baptist Church of Richland. In Dave’s spare time, he enjoyed art and being outdoors hunting, fishing and trap shooting. He loved digging into history, especially Civil War and WWII. The one thing he treasured more than anything was spending time with his family. David quietly passed away the morning of Monday, September 15, 2014, at his home near Richland, surrounded by his loving wife, Carol, having attained the age of 57 years. Though gone from our sight for only a little while, Dave will never be far from the memories he made, the laughter he shared, and those whose lives he touched. He will remain in our hearts forever. David leaves to cherish his memory, his wife, Carol of the home, his mother, Dorothy Giedinghagen of Mt. Sterling, MO; four brothers: Louis Earl Giedinghagen, Jr. of Richlands, NC; Gary Joe Giedinghagen of Sumiton, AL; Daniel Louis Giedinghagen of Festus, MO and Paul Louis Giedinghagen of Mt. Sterling, MO; 20 nieces and nephews; as well as a host of other relatives and friends. In addition to his father, David was preceded in death by one sister, Gayle Nieters in 2010. A memorial service was held at 11:00 a.m., Saturday, September 20, 2014 in the First Baptist Church of Richland, Missouri with Pastor Bob Lilly officiating. Friends and family shared touching memories of Dave. Congregational hymn’s included “This is My Father’s World,” “Because He Lives,” “Have Thine Own Way,” and “When We All Get to Heaven,” pianist, Marleen Brown accompanied. Interment will be in the Giedinghagen Cemetery Mt. Sterling, Missouri. Services were under the direction of Memorial Chapel of Richland. Memorial contributions may be made in memory of David Louis Giedinghagen to the Missouri Baptist Children’s Home, Disabled American Veterans, Public Broadcast System (PBS), or Who’s Next and may be left at Memorial Chapel. Online condolences may be sent to memorialchapelsandcrematory.com

The family of David Louis Giedinghagen created this Life Tributes page to make it easy to share your memories.