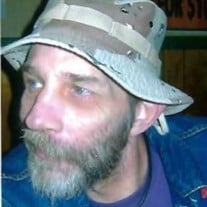 David Lloyd Harrison, son of the late Lloyd and Mary Harrison was born September 11, 1957, in Springfield, Missouri. He grew up in Richland, Missouri and graduated from Richland High School with the Class of 1975. David went on to attend college at Southwest Missouri State University in Springfield. He later went on to work on nuclear submarines. David also did some carpentry work and cleaned different churches in Richland. David had dedicated his life to the Lord as a young boy and followed in baptism on June 4, 1967, at First Baptist Church in Richland. He had a love of sharing the word of God and even became an ordained minister on November 16, 1990. In his spare time, David enjoyed being outdoors, floating the Gasconade River and fishing, but most importantly, he loved spending time with his family and friends. David went home to be with his Lord on June 18, 2021, in the Lebanon North Care Center having attained the age of 63 years. He will be missed so much but fondly remembered by all those that knew and loved him. David leaves to cherish his two brothers, Steve Harrison (Marilyn) of Richland, MO, and Rex Harrison (Dawn) of Richland, MO; his proclaimed children, Jordan Summers of Lebanon, MO, Cassandra Howlett of Richland, MO, and Bridget Anderson of Lebanon, MO; one of his best friends, Christy Summers of Lebanon, MO; two aunts, Louise York and Doris Baker both of Richland, MO; three nieces, one nephew, and a great-nephew; as well as a host of other uncles, aunts, and cousins. He was preceded in death by his father (November 16, 1990) and mother (August 12, 2019). Services were held at 11:00 a.m., Tuesday, June 22, 2021, in the Memorial Chapel of Richland with Pastor Mark Tallant officiating. Songs included “Dancing in the Sky” by Dani & Lizzy, “Lean me Home” by Jamey Johnson, and “Amazing Grace” by soloist, Becky Lercher. Serving as escorts were Randy Lindsey, Jordan Summers, Roxie Colman, Danny Zeigenbein and Adam Howlett. Burial followed in the Oaklawn Cemetery of Richland, Missouri. Services were under the care and direction of Memorial Chapel of Richland. “In our hearts you will always be!” Contributions in memory of David Harrison can be made and left at the funeral home.

David Lloyd Harrison, son of the late Lloyd and Mary Harrison was born September 11, 1957, in Springfield, Missouri. He grew up in Richland, Missouri and graduated from Richland High School with the Class of 1975. David went on to attend college... View Obituary & Service Information

The family of David Lloyd Harrison created this Life Tributes page to make it easy to share your memories.