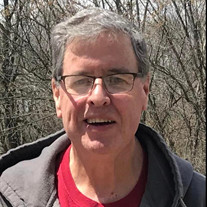 David Lee Shaw, 65, previously of Millinocket, Maine passed away on February 23, 2022. David was born on November 30, 1956 in Bangor, Maine, the son of Vernon and Joyce (Hersom) Shaw. He grew up in a busy home with three younger brothers, Dan, Dana, and Deane. David graduated from Hampden High School in 1975. Shortly after his graduation, he met a beautiful girl. It was after a short three-week courtship that they knew they would spend the rest of their lives together. On August 22, 1975, David and Rosalie were married by O’Donnell’s Justice of the Peace at “The Top of the hill” in Bangor. Together they shared over 42 years of marriage. David chose to serve in the United States Army as a forward observer. The Army took them to California, Kentucky, and the Azores. After their time as an Army family, they were called to service and traveled as a Pastor’s family. In 1983 David attended Nazarene Bible College in Colorado Springs Co. Graduating in 1987 with a bachelor's in Divinity/Ministry. David pastored several Nazarene Churches including; Waldoboro and Windham, ME; Carthage, NY; Prince Edward Island, Canada; Defiance, OH, and Millinocket ME. David enjoyed fishing, hunting, watching Red Sox Baseball and Patriots Football. The morning of February 23, 2022 at a care facility in Missouri, and after a long battle with dementia, David entered the Heavenly gates, where he received a “Welcome Home” from his Lord and Savior. He leaves behind to cherish his memory; three sons, Adam Shaw and wife, Mona, of Richland, MO, Tim Shaw of Bangor, ME, and John Shaw and Jessica, of Crestview, FL; his six grandchildren, Callie Shaw, Brayden Burd, Gavin Shaw, Jaxon Shaw, Ashton Shaw, and Caleb Shaw; nieces, nephews, and a host of other relatives and friends. David was predeceased in death by his father Vernon, mother Joyce, and wife Rosalie.

David Lee Shaw, 65, previously of Millinocket, Maine passed away on February 23, 2022. David was born on November 30, 1956 in Bangor, Maine, the son of Vernon and Joyce (Hersom) Shaw. He grew up in a busy home with three younger brothers,... View Obituary & Service Information

The family of David Lee Shaw created this Life Tributes page to make it easy to share your memories.