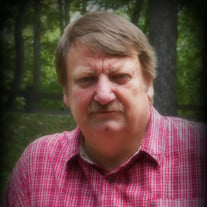 Dee Leslie Murphy, son of Robert and Berna (Williams) Murphy, was born June 2, 1957 in Augusta, Georgia. As a young boy, Dee attended school in Tacoma, Washington and graduated from Mt. Tahoma High School in 1975. He continued his education at Columbia College after having received his Associates Degree in Business Administration the fall of 2014 from Central Texas College, and was working on his Bachelor of Arts degree in the same field. Dee was united in marriage to Krystal (Beames) on April 29th, 2007. They shared 8 years together and four children: Bridgette, Brandon, Benjamin and Charles. Dee was a hard worker and had 25+ years of expertise in all areas of the plastics industry in the Northwest Ohio area. He later was a cab driver for the City Cab Company in St. Robert which he thoroughly enjoyed. In his spare time, Dee was an avid fisherman, a true Ohio State “Buckeye” football fan, collected M&M memorabilia with Kyle Busch and the M&M car being his favorite NASCAR sponsor. He loved Crossword puzzles, was an expert Scrabble opponent, and chased anything that would challenge his brain. Reading books, news articles, and doing research on various subjects online was a passion he indulged in often. As a young boy, Dee was raised as a Latter Day Saint and was later baptized as a born again Christian in 2009. He was currently a member of New Beginnings Revival Center. He was a member of the “Men of Standard” group at New Beginnings. Dee was one who always made sure to make others laugh with his quirky sense of humor. He was an encourager, and was always ready to offer any help he could for solving problems. He adored his children, and was very proud of the service his stepsons have given our country as they pursue their military careers. He was an excellent cook and gardener, and lived his life with gusto. Dee went home to be with his Lord Wednesday, April 15, 2015 in the University of Missouri Hospital in Columbia, Missouri having attained the age of 57 years. He will be sadly missed but fondly remembered by all those that knew and loved him. Dee leaves to cherish his memory, his wife: Krystal of the home; daughter: Bridgette (Barry) Murphy; son: Brandon Murphy; both of Montpelier, Ohio; stepsons: Benjamin (Katerina) Martin and Charles (Caitlin) Martin; step grandson: Ruben; step granddaughter: Ciara; father: Robert Murphy of Tacoma, Washington; sisters: Valorie (Dean) Hunter of Tacoma, Washington, Norma (Bob) Kirk of Murray, Utah; various cousins, nieces, nephews, and a whole host of friends. Dee was preceded in death by his mother: Berna W. Murphy; one brother: Kenneth R. Murphy and one sister: Kim T. Murphy. Memorial Services were held from 6:00-8:00 pm at New Beginnings Revival Center of Waynesville, MO, on Friday, April 17th, 2015. The Ohio State colors of Red and Gray were worn by all who attended in honor of Dee's favorite football team. Favorite old hymns were played in accompaniment to a DVD of Dee's cherished moments, and numerous photos were displayed. His final resting place will be in Montpelier, Ohio.

The family of Dee Leslie Murphy created this Life Tributes page to make it easy to share your memories.