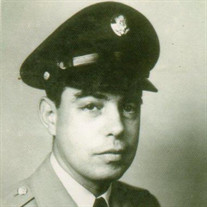 Delmar was born September 4, 1932, in Washington Township of Iowa, to his loving parents, Archie Harold and Bertha Lavonna (Sickles) Williams. He went to school at Bridgewater, Iowa, graduating in 1951. Delmar went on to attend a business college in Omaha, Nebraska. While there Delmar began working at Mutual of Omaha in the cafeteria to help pay for his education. Delmar joined the Army in 1953 at the age of 21 and retired in 1979 after proudly serving his country for over 26 years. He received his honorable discharge along with a Good Conduct Medal, 7th Award, Bronze Star Medal, Army Commendation Medal, Vietnam Cross of Gallantry w/Palm, Vietnam Service Medal, and 2 Overseas Service Bars. Delmar was also a lifetime member of the DAV in Waynesville, Missouri. He married Lyndia Marie Myers on August 29, 1964, in Bagnall, Missouri at her mother’s home. Delmar and Lyndia shared over 56 years of laughter and love together while raising their children. Early in life he made a profession of faith and was a member of Grace Baptist Church in Richland. After retiring from the Army as MSG, Delmar began his thirty-year career as the caretaker for Richland’s Oaklawn Cemetery. He received a proclamation from the City of Richland for his dedication and service to the city. Delmar also drove a school bus for seventeen years for Richland IV schools. He always enjoyed his time with the children as he drove; especially the laughter and joy he received from his kids. His passions were playing pranks, telling jokes, hunting, fishing, working outdoors in his yard and garden, tending to his chickens, tinkering with tractors, or just going to area restaurants, and coffee shops to chat with friends and neighbors there. Delmar greatly enjoyed the times spent with his family, especially his precious grandchildren who he adored. He loved having fun and just living life to its fullest. He is preceded in death by his parents, Archie, and Bertha, one brother, Dale Williams, sisters, Vivian Williams and her husband, Vernon and Virginia Williams and her husband, Glen, and one daughter, Balinda Crowe, one granddaughter, Deana, and one great granddaughter. Delmar is survived by his wife: Lyndia Williams of their home; three children: Brenda Mason of St. Robert, MO, Harold Williams, and Jennifer Birdsong (Jim), all of Richland, MO; eleven grandchildren: Karl, Malissa, Patricia, Iris, David Jr., Rachel, Kimberly, Amanda, Justin, Jessica, and Nathan; several great-grandchildren, and one great-granddaughter on the way, three sisters: Vinita Strickland (David) of Anita, IA, Veronica Turner (Bob) of Council Bluff, IA, and Verlene Holste (Wayne) of Atlantic, IA; nieces, nephews, and a host of other relatives and friends. His sense of humor will certainly be missed, but one thing is for sure, Delmar will always be a true Hero in the hearts and minds of his beloved family, for it is there, Delmar’s legacy will live on. Services were held at 2:00 p.m., Friday October 16, 2020, in the Memorial Chapel of Richland with Pastor’s Bob Lilly, Tre` Shaw, and Chaplain Cody Alley officiating. Soloist, Becky Lercher sang, “Amazing Grace.” Other recorded song selections included Holly Dunn’s “Daddy’s Hands,” Vince Gill’s, “Go Rest High On that Mountain,” and Vicky Pentecost’s “Gone but Not Forgotten.” The United States Army served as escorts. Burial with Full Military Honors followed in the Oaklawn Cemetery of Richland, Missouri. Services were under the care and direction of Memorial Chapel of Richland. A Grateful Nation Thanks You! In lieu of flowers the family requests memorial contributions be made in memory of MSG (Ret) Delmar Ilif Williams and may be left at Memorial Chapel of Richland. Online condolences may be sent to www.memorialchapelsandcrematory.com

Delmar was born September 4, 1932, in Washington Township of Iowa, to his loving parents, Archie Harold and Bertha Lavonna (Sickles) Williams. He went to school at Bridgewater, Iowa, graduating in 1951. Delmar went on to attend a business college... View Obituary & Service Information

The family of MSG (Ret) Delmar Ilif Williams created this Life Tributes page to make it easy to share your memories.