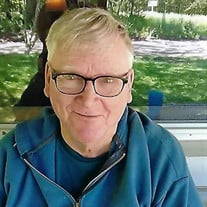 Dennis John Danielson, son of the late Clarence Carl Danielson and Winona Ruth (Codd) Danielson, was born December 22, 1939 in Paulding, Michigan. Dennis entered the United States Army and served his country faithfully until his retirement. He had attained the rank of Master Sergeant and earned several awards and commendations; some of which include: National Defense Service Medal, Republic of Vietnam Campaign Medal, Air Medal, Vietnam Service Medal, Bronze Star Medal w/3 Oak Leaf Clusters, Republic of Vietnam Gallantry Cross w/Palm, Good Conduct Medal-5th Award, and the Army Commendation Medal w/2 Oak Leaf Clusters. On January 16, 1960, Dennis was united in marriage to Elaine Doris Anttonen in Baraga, Michigan. They shared over 39 years of marriage together and were blessed with four sons: James, Jeff, Jay, and John. In 1988, Dennis became the owner/operator of the Cutrate Liquor Store. He owned the store for several years before retiring. He enjoyed getting to visit with the customers that came in over the years. In his spare time, Dennis enjoyed going fishing and playing cards. He was always up for a card game or two with his family and friends. He especially enjoyed spending time with his grandchildren and great grandchildren. Dennis was also a member of the American Legion and the Ozark Memorial VFW Post #3176 of St. Robert. Dennis passed away Monday, January 18, 2021 in Mercy Hospital in Springfield, Missouri having attained the age of 81 years. He will be sadly missed, but fondly remembered by all those that knew and loved him. He is survived by four sons, James Danielson, Jeff Danielson (Sara), and Jay Danielson, all of Crocker, MO, and John Danielson (Laura Newell) of Waynesville, MO; seven grandchildren and twenty great-grandchildren; a brother, George Danielson (Kathy) of Baraga, MI; a number of nieces and nephews; as well as a host of other relatives and friends. In addition to his parents, Dennis was preceded in death by his wife, Elaine Danielson; and one brother: Clarence Danielson. Services were held at 11:00 a.m. Thursday, January 21, 2021 in the Memorial Chapels and Crematory of Waynesville / St. Robert with Chaplain (CPT) Russell S. Sanders officiating. The songs “Lead Me Home” by Jamey Johnson, “Go Rest High on that Mountain” by Vince Gill, and “Love, Me” by Collin Raye were played. Serving as escorts were family and friends. Burial with military honors followed in the Ozark Memorial VFW #3176 Cemetery of St. Robert with military honors being provided by the Missouri Honors Team. Memorial contributions in memory of Dennis Danielson may be made and may be left at the funeral home.

The family of MSG (Ret.) Dennis John Danielson created this Life Tributes page to make it easy to share your memories.