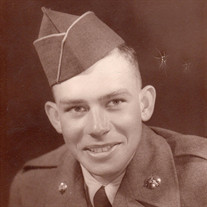 MSG (Ret) Denzel Dale Downing, son of the late Marion and Daisy (Cole) Downing, was born March 9, 1932 in Calhoun, Missouri. As a young boy, Denzel and his family moved to Idaho and he was a member of the graduating class of 1950 from Council High School, Council, Idaho. On September 25, 1954, Denzel was united in marriage to Jessie Josephine “J” Wilson in Seattle, Washington. They shared over 50 years of marriage together and were blessed with two children: Denzel Dale, Jr. and Kaleese. On July 1, 1952, Denzel entered the United States Army at Ft. Lewis, Washington and was honorably discharged on August 31, 1975 at Ft. Leonard Wood, Missouri after 23 years of service. He had attained the rank of Master Sergeant, working as a medic in the Korean Conflict (which he received a Purple Heart). He earned many awards and commendations: which include the National Defense Service Medal (1st Oak Leaf Cluster), Korean Service Medal, United Nations Service Medal, Vietnam Campaign Medal w/60 Device, Overseas Service Bars (4) Good Conduct Medal (5th Award), Armed Forces Expeditionary Medal, Vietnam Service Medal w/2 Bronze Service Stars, Republic of Korea Presidential Unit Citation, and the Republic of Vietnam Gallantry Cross Unit Citation w/Palm. After retiring from the military, Denzel continued to serve his country as a civil service employee as a Quality Assurance Specialist for 4 years. He then began working as a Cooperate Manager for a firm contracting Laundry and Dry Cleaner plants on military bases. In his spare time, Denzel enjoyed being outdoors while working in his gardens, especially his flower beds. He liked to read and listen to a variety of music. He was very talented as a wood worker and even built his own home. Denzel passed away Tuesday, April 28, 2015 in his home having attained the age of 83 years, 1 month and 19 days. Denzel leaves to cherish his memory, two children: Denzel D. Downing, Jr. “Dale” of Richland, MO and Kaleese Downing (Steven Morgason) of Stoutland, MO; three grandchildren: Santana “Jas” Howe, Cole Downing and Terrick Scruby; one great grandson: Benji Phillips; special friends: Tom and Katie Hobbs of Richland, MO; several nieces, nephews, other relatives and friends. In addition to his parents, Denzel was preceded in death by his wife: J, two brothers: Ralph and Koss Downing and one sister: Eunice Skilling. Funeral services were held at 11:00 a.m., Saturday, May 2, 2015, in the Memorial Chapel of Richland with Chaplain Kurt A. O'Donnell officiating. A loving eulogy was given by Steven Morgason. The songs “In the Garden” by Jim Reeves and “Go Rest High on That Mountain” by Vince Gill were played. The United States Army served as escorts. Burial with military honors followed in the Kinkead Cemetery, Warsaw, Missouri. Service were under the direction of Memorial Chapel of Richland. Memorial contributions may be made in memory of MSG (Ret) Denzel Downing and may be left at the funeral home.

MSG (Ret) Denzel Dale Downing, son of the late Marion and Daisy (Cole) Downing, was born March 9, 1932 in Calhoun, Missouri. As a young boy, Denzel and his family moved to Idaho and he was a member of the graduating class of 1950 from Council... View Obituary & Service Information

The family of MSG (Ret) Denzel Dale Downing created this Life Tributes page to make it easy to share your memories.