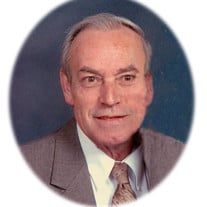 Donald Ray Keen, son of the late Paul Henry and Ora Mae (Rhoden) Keen, was born February 20, 1942 in Lebanon, Missouri. He went home to be with his Lord on Sunday, August 13, 2017 in his home having attained the age of 75 years. As a young boy, Don grew up in Lebanon where he attended school. In 1977, Don moved to Waynesville to work at the Ft. Wood IGA Grocery Store. He later worked at the Waynesville IGA before beginning at Jim’s Market. He worked there until the store closed and then began working for Wal-Mart where he retired in 2011. On August 22, 1982, Don was united in marriage to Evelyn Patsy Wall in Waynesville, Missouri. They shared over 34 years of marriage together and many wonderful memories. Don had made a profession of faith at an early age. He had attended First Christian Church of Waynesville and New Life Christian Church in the past and was currently attending Waynesville Church of the Nazarene. In his spare time, Don enjoyed watching St. Louis Cardinal Baseball games. He loved going to all the local gospel singings and spending time with his buddy, Chip, his dog. Most importantly, he loved his family and enjoyed spending time with them. Don will be sadly missed, but fondly remembered by all those that knew and loved him. He leaves to cherish his memory, his wife, Evelyn of the home; two sons, Brian Keen (Teresa) of Lebanon, MO and Michael Keen of San Diego, CA; two grandchildren Briana and Jared Keen; a brother, Paul Keen (Betty) of Lebanon, MO; two sisters, Rosalee Dudly of Lebanon, MO, and Betty Lou Owen of Stoutland, MO; a number of nieces and nephews; as well as a host of other relatives and friends. In addition to his parents, Don was preceded in death by one son: Kevin Cassidy; his father-in-law and mother-in-law: Claude and Nellie Wall; three sisters: Geneva Wagner, Edith May, and Charlene Shivers; and one brother: Marvin Keen. Services were held at 11:00 a.m. Thursday, August 17, 2017 in the Memorial Chapels and Crematory of Waynesville / St. Robert with Pastor Danny Graves officiating. Soloist Becky Lercher sang “Jerusalem” and “I Will Still Trust in You”. Serving as escorts were Jared Keen, Marvin Keen, Jr., Janis Thompson, Brent Hayes, John Stacey and Roy Nichols. Burial followed in the Waynesville Memorial Park Cemetery of Waynesville. Memorial contributions may be made in memory of Donald Keen and may be left at the funeral home.

Donald Ray Keen, son of the late Paul Henry and Ora Mae (Rhoden) Keen, was born February 20, 1942 in Lebanon, Missouri. He went home to be with his Lord on Sunday, August 13, 2017 in his home having attained the age of 75 years. As... View Obituary & Service Information

The family of Donald Ray Keen created this Life Tributes page to make it easy to share your memories.