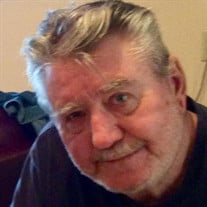 Douglas Bryant Hawkins, son of the late James Bryant Hawkins and Anna Elizabeth (Erbsmehl) Hawkins, was born March 3, 1949 in Frankfurt, Germany. He passed away Monday, September 14, 2020 in his home in Plato, Missouri having attained the age of 71 years. Due to his father being in the military, Doug and the family was transferred to different duty stations. However, Doug attended and graduated from Plato High School in Plato, Missouri. On June 26, 1987, Doug was united in marriage to Barbara Anne Brayman. They enjoyed 33 years of marriage together and at the time of their union, two families were blended, and they shared three children: Cheryl, Lacy and Julie. Doug had many jobs over the years and most of them were in construction or trucking. He learned a lot from those jobs and was a hard worker. Some of his favorite hobbies were building elaborate decks, fishing, playing dominos and cards, and target practicing. He was all about helping others and spending time with his family and friends. Doug always enjoyed a good argument and never backed down…which he probably learned from being raised in a home with two brothers. But he never let an argument affect his love for his family and friends. He taught the family you can’t win another man’s bet and initiated all his loved ones into the “Circle of Enlightenment”. Doug was known to enjoy a good beverage on special occasions and according to him every day was special. Before Google, if anyone needed some information or an answer, they went to Doug. He was jokingly called “The Professor” by many. To quote Doug, “To be caught is grievous” and “I just want everyone to have fun”. He was respected and will be missed more than words can express. Doug leaves to cherish his memory, his wife: Barbara Hawkins of the home; three children: Cheryl Trimble (Doug) of Mtn. Home, Arkansas, Lacy Mullen (Tony) of Rolla, Missouri and Julie Parrish of Plato, Missouri; eight grandchildren: Denesa, Ambrosia, Darian, America, Dalayla, Israel, Andrew, and Austin; nine great-grandchildren; one brother:James Paul Hawkins (Fran)of Severn, Maryland; several nieces, nephews, other relatives, and friends. In addition to his parents, Doug was preceded in death by his beloved brother: Wesley Hawkins. Services were held at 12:00 p.m. Thursday, September 17, 2020 in the Memorial Chapels and Crematory of Waynesville / St. Robert with Father Rayappa (Roy) Chinnabathini officiating. The song “Amazing Grace” by bagpipes was played. Serving as escorts were family and friends. Burial followed in the Palace Union Cemetery of Evening Shade, Missouri. Memorial contributions may be made in memory of Doug Hawkins and may be left at Memorial Chapels and Crematory of Waynesville / St. Robert.

Douglas Bryant Hawkins, son of the late James Bryant Hawkins and Anna Elizabeth (Erbsmehl) Hawkins, was born March 3, 1949 in Frankfurt, Germany. He passed away Monday, September 14, 2020 in his home in Plato, Missouri having attained the age... View Obituary & Service Information

The family of Douglas Bryant Hawkins created this Life Tributes page to make it easy to share your memories.