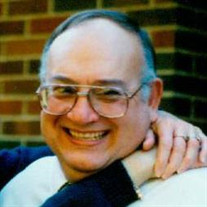 Earl T. Arnold, Jr., son of the late Earl T. Arnold, Sr. and Edean (Davis) Arnold, was born May 16, 1944 in Sioux City, Iowa. As a young boy, Earl and his family settled in Lake Worth, Florida where he grew up and graduated from Lake Worth High School. On June 13, 1964, Earl was united in marriage to the love of his life, Marie Nell Conklin, in Delray Beach, Florida. They shared over 51 years of marriage together and were blessed with three children: Michael, Kathleen, and Christine. After moving to Richland, Missouri, Earl began working at the Pulaski County Hospital and eventually became a respiratory therapist. He served there for 12 years before the hospital closed. He then began working at Missouri Baptist Hospital of Sullivan and was there for 10 years. While working at Missouri Baptist Hospital, Earl continued his education and earned his doctorate degree in psychology. He opened his own counseling office, Arnold Counseling Services and retired in 2005. In his spare time, Earl was very talented in making jewelry and working with wood. He enjoyed making items from the very beginning. He also spent a lot of time working on genealogy projects, especially tracing his Indian heritage. He was a member of the Lions Club and the Masonic Lodge. Earl passed away Wednesday, December 30, 2015 in the Barnes Jewish Hospital of St. Louis, Missouri having attained the age of 71 years. He will be sadly missed, but fondly remembered by all those that knew and loved him. Earl leaves to cherish his memory, his wife: Marie Arnold of the home; one son: Michael Arnold (Carla) of Rocky Mount, MO; two daughters: Kathleen Thomsen (Jeffery) of Richland, MO and Christine Arnold of Richland, MO; two sisters: Shelby Perez of Kissimmee, FL and Terry Melendez of Lake Worth, FL; five grandchildren; one great grandchild; other relatives and friends. In addition to his parents, Earl was preceded in death by two brothers: Jon and Jan Arnold. Celebration of Life services were held at 11:00 a.m. Friday, January 8, 2016 in the Memorial Chapels and Crematory of Waynesville / St. Robert with several family members recalling their wonderful memories of Earl.

Earl T. Arnold, Jr., son of the late Earl T. Arnold, Sr. and Edean (Davis) Arnold, was born May 16, 1944 in Sioux City, Iowa. As a young boy, Earl and his family settled in Lake Worth, Florida where he grew up and graduated from Lake Worth... View Obituary & Service Information

The family of Earl T. Arnold Jr. created this Life Tributes page to make it easy to share your memories.