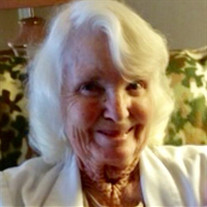 Edna Lee Fincher, daughter of the late Loyd and Bertha (Guthrie) Oliver, was born May 10, 1938 in Attalla, Alabama. She grew up in Boaz, Alabama and went to school through the 8th grade. On July 17, 1958 in Hanford, California, Edna married the love of her life, Jaurel Max Fincher. They shared over 60 years of marriage and were blessed with three children: Jerry, Larry and Sherry (who preceded her in death). In the 1970s, Edna made an important decision in her life and accepted Jesus Christ as her Savior. She was later baptized at the Gospel Ridge Church in St. Robert on October 17, 1993. Edna enjoyed working beside her husband Jaurel in their real estate business and furniture business. But mostly, Edna enjoyed traveling to different churches and camp meetings, car shows, yard sales, and most of all spending time with her family, especially at family picnics. Edna and Jaurel ministered at numerous church and nursing homes in the surrounding area and made many, many friends and led many people to the Lord. Edna enjoyed making flower arrangements, which she learned while taking a class at Waynesville Vocational School. She also enjoyed fishing at the pond on the family farm and collecting angel figurines. Edna went home to be with her Lord Tuesday, June 11, 2019 in the Phelps Health of Rolla, Missouri having attained the age of 81 years, 1 month and 1 day. She will be sadly missed, but fondly remembered by all those who knew and loved her. Edna leaves to cherish her memory, her husband: Jaurel Fincher of St. Robert, MO; two children: Jerry Fincher of St. Robert, MO and Larry Fincher (Lori) of Richland, MO; two grandchildren: Aaron Fincher of Waynesville, MO and Jessica Patterson (Ross) of Festus, MO; one great grandchild: Zoie Patterson of Festus, MO; three sisters: Clara Engle, Glenda Moreno (Johnny) and Elizabeth Bennett (Mike), all of the state of Alabama; several nieces, nephews, other relatives and friends. In addition to her parents and daughter, Edna was preceded in death by one brother: Edward Oliver and two sisters: Clara Long and Louise Bradford. Services were held at 3:00 p.m. Friday, June 14, 2019 in the Memorial Chapels and Crematory of Waynesville / St. Robert with Pastor Terrance Golden and Pastor Steve Domingue officiating. Soloist Becky Lercher sang “Far Side Banks of Jordan” and “Look For Me”. Serving as escorts were Gary Sheldon, Aaron Fincher, Ross Patterson, Steve Long, Pat Fincher and Ronnie Fincher. Burial followed in the Waynesville Memorial Park Cemetery of Waynesville. Memorial contributions may be made in memory of Edna Fincher and may be left at Memorial Chapels and Crematory of Waynesville / St. Robert.

Edna Lee Fincher, daughter of the late Loyd and Bertha (Guthrie) Oliver, was born May 10, 1938 in Attalla, Alabama. She grew up in Boaz, Alabama and went to school through the 8th grade. On July 17, 1958 in Hanford, California, Edna married... View Obituary & Service Information

The family of Edna Lee Fincher created this Life Tributes page to make it easy to share your memories.