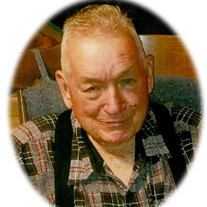 Ernest “Ernie” A. Massey, son of the late Ernest Guy Massey and Doris “Nadine” Towe Robertson, was born April 20, 1931 south of Springfield, Missouri. He passed away Saturday, November 11, 2017 in his home surrounded by his family having attained the age of 86 years, 6 months and some change. Ernie attended school in Devil’s Elbow, Missouri and graduated from Waynesville High School in 1950. As a teenager, Ernie became licensed as a Missouri River Guide. Shortly after graduation, Ernie entered the United States Navy and served his country faithfully until his honorable discharge. In January 1953, Ernie was united in marriage to Patricia Ann Long and to this union four children were born: Paul Douglas, Tina Nadean, Dorothy Ann and Judy Kay. Patricia preceded him in death in 1963. On May 1, 1964, Ernie was united in marriage to Verne Elizabeth “Bunnie” Shirley Whitehill in Union Town, Pennsylvania and two families were blended with the birth of their son, Ernie G. Massey, Bunnie’s son, Bill Whitehill and Ernie’s children: Paul, Tina, Dorothy and Judy. They were blessed with 53 ½ years of marriage together. For a short time, Ernie worked in trailer sales at the Bel-Air Trailer Park that was owned and operated by Melford and Bertie Egan. Ernie then went to work as a civil service employee on Fort Leonard Wood and retired in 1986 after 33 years. At the time of his retirement, he was the Communications Security Supervisor. After retiring from Fort Leonard Wood, Ernie worked again in Bel-Air Trailer Park until it closed in 2006. Ernie was an avid outdoorsman and even at the age of 86, he was still splitting wood by hand. He also enjoyed working with rocks, camping, woodworking and traveling. Ernie loved the river and enjoyed floating every chance he could. He did float trips on the Big Piney, Gasconade, and the Niangua. The longest float trip he ever went on was in 1986 which took a month to complete. He, along with Melford Egan, floated from Gasconade City to Panama City, Florida. Tom Lynch also went on the trip with them and went as far as Alabama. Ernie was a long time member of the Waynesville United Methodist Church, and was a 60+ year member of the Waynesville Masonic Lodge #375 AF & AM and the Abou Ben Adhem Shrine Temple of Springfield, Missouri. Ernie will be sadly missed, but fondly remembered by all those that knew and loved him. He leaves to cherish his memory, his wife, Verne “Bunnie” of the home; his children, Paul Massey (Syndi) of Laquey, MO, Tina Anderson (Todd) of Rolla, MO; Bill Whitehill of Grafton, IL, Judy Polt (Ken) of Sunrise Beach, MO; and Ernie Massey (Corky) of Devil’s Elbow, MO; a host of loving grandchildren and great-grandchildren; a number of nieces and nephews; as well as a host of other relatives and friends. In addition to his parents and first wife, Ernie was preceded in death by one daughter: Dorothy Ann Massey; stepfather: Paul Thompson; and stepbrother: Harold “Jug” Thompson. Services were held at 2:00 p.m. Tuesday, November 14, 2017 in the Memorial Chapels and Crematory of Waynesville / St. Robert with Pastor Patrick Moore officiating. Music was provided by pianist Cheryl Wood and Ernie’s grandson, Joshua Massey. Serving as escorts were Ernie Guy Massey, Paul Massey, Bill Whitehill, Todd Anderson, Joshua Massey, Larry Threlkeld, Matthew (Woody) Cordoves and Terry Kaas. Serving as honorary escorts were Bob Terrio, Greg Mitchell, Don Cherico, Richard Lupardus, Bob Goodrich and Tom Lynch. Burial with military honors followed in the Waynesville Memorial Park Cemetery. Military honors were provided by the Missouri Honors Program and the U.S. Navy. Memorial contributions may be made in memory of Ernest “Ernie” Massey to the St. Jude’s Children’s Hospital and may be left at the funeral home.

The family of Ernest "Ernie" A. Massey created this Life Tributes page to make it easy to share your memories.

Ernest “Ernie” A. Massey, son of the late Ernest Guy Massey and...