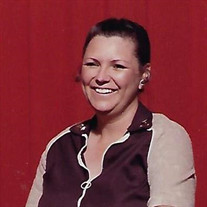 Eula Mae West, daughter of the late Wiley and Rachael Persilla (Kemp) Reeves, was born August 21, 1952 in Sullivan, Missouri. As a young girl, Eula and her family moved to the Vienna / Freeburg area where she attended school. On February 15, 1969 in Dixon, Missouri, Eula was united in marriage to Larry Wayne West. They shared over 50 years of marriage together and were blessed with two daughters: Angie and Rachael. Shortly after their marriage, Eula and Larry moved to the Devil’s Elbow area where they raised their children and have remained. Eula was a hardworking woman and took great pride in helping to provide for her family. She worked as a seamstress on Fort Leonard Wood for a time before becoming a court recorder at the Pulaski County Courthouse. She retired after several years of serving the State. In her spare time, Eula was a member of a bowling league for many years and enjoyed the comradery with her best friend, Carolyn Miller, and the other bowlers. She loved to be outdoors; whether it was mushroom hunting, fishing or taking a ride on the motorcycle with Larry. She was also a wonderful cook and enjoyed cooking meals for her family and friends. Most importantly, she loved spending time with her family and friends, especially her grandchildren. At an early age, Eula had made a profession of faith and was a member of the Westside Baptist Church of Waynesville where she was baptized. Eula went home to be with her Lord Friday, October 11, 2019, in the St. James Living Center, in St. James, Missouri having attained the age of 67 years. She will be sadly missed, but fondly remembered by all those who knew and loved her. Eula leaves to cherish her memory, her husband, Larry of the home; two daughters, Angie Fox (Michael) of Devil’s Elbow, MO, and Rachael Juarez (Eugenio) of Devil’s Elbow; three grandchildren, Persilla Eula Mae, Diego, and Joaquin; her sister, Lorene Wells (Jim) of Bland, MO; a brother, Lloyd Reeves of the State of KY; a number of nieces and nephews; as well as a host of other relatives and friends. In addition to her parents, Eula was preceded in death by one sister: Lucille Suess; and two brothers: Charles and Leroy Reeves. Services were held at 6:00 p.m. Tuesday, October 15, 2019 in the Memorial Chapels and Crematory of Waynesville / St. Robert with Pastor Danny Graves officiating. Tanya Tessman recalled her wonderful memories of Eula and Sara Salgado read a poem. The songs “Amazing Grace”, “Only Time”, “I Can Only Imagine”, “Jealous of the Angels” and “Go Rest High on that Mountain” were played. Memorial Contributions in memory of Eula West may be made to the Muscular Dystrophy Association-Mitochondrial Myopathy Fund and may be left at the funeral home.

Eula Mae West, daughter of the late Wiley and Rachael Persilla (Kemp) Reeves, was born August 21, 1952 in Sullivan, Missouri. As a young girl, Eula and her family moved to the Vienna / Freeburg area where she attended school. On February... View Obituary & Service Information

The family of Eula Mae West created this Life Tributes page to make it easy to share your memories.