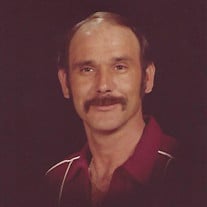 Franklin I. “Frank” Mann, son of Henry and Mary (Powell) Mann, was born September 10, 1943, in Uniontown, Kentucky. He departed this life Friday, September 18, 2020, at his home in Waynesville, Missouri, at the age of seventy-seven years and eight days. On June 4, 1965, he was united in marriage to Etta Ruth Bowling in Buckhorn, Missouri. They enjoyed fifty-four wonderful years together and were blessed with two sons, Tim and Kenny. He was born in Kentucky where he was reared and attended school. Frank served his country faithfully when in 1963 he entered the United States Army. He was honorably discharge following his service. He was stationed at Fort Leonard Wood when he met and married Ruth. They continued to make their home in the Waynesville area throughout their life. He was a member of VFW Post 3168 in Laquey. Frank enjoyed spending time with his family and friends, especially the grandchildren. He found pleasure in playing cards, hunting, fishing, and every Tuesday evening playing music in the “The Mann’s Basement Band” at his home. He is survived by his two sons, Kenny Mann (Ronda) of Waynesville, MO, and Tim Mann of Buckhorn, MO; five grandchildren, Tabatha Bannister (Joe) of Madisonville, KY, Austin Mann of Destin, FL, Nick Mann (Char) of Waynesville, MO, Sabrina Killough (Troy) of Madisonville, KY, and Katie Mann of Waynesville, MO; a great-grandson, Kaiden Mann; two sisters, Martha Girten and Millie Lewis, both of Uniontown, KY; a brother, Jim Mann (Norma) of Uniontown, KY; a number of nieces and nephews; as well as a host of other relatives and friends. He was preceded in death by his parents; his wife, Ruth; and three brothers, Ted, Joe and Dick Mann. Frank will be sadly missed and fondly remembered by his family and many friends. He will live on in our hearts forever. Funeral services were held at 11:00 a.m. Friday, September 25, 2020 in the Memorial Chapels and Crematory of Waynesville / St. Robert with Pastor Danny Graves officiating. The songs “I Saw the Light” and “Go Rest High on that Mountain” were played. Serving as escorts were Ron Bowling, Tommy Bowling, Dean Cogar, Donnie Cogar, Austin Mann, and Nick Mann. Serving as honorary escorts were J.D. Bowling and Joe Bannister. Burial with military honors followed in the Idumea Cemetery of Laquey, Missouri. Military honors were provided by the Missouri Honors Team. Memorial contributions may be made in memory of Frank Mann and may be left at Memorial Chapels and Crematory of Waynesville / St. Robert.

The family of Franklin I. "Frank" Mann created this Life Tributes page to make it easy to share your memories.