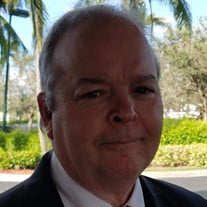 Fred Allen Joy, son of the late William Donald and Georgia Mae (Brashear) Joy, was born May 22, 1961 in Napoleon, Ohio where he grew up and graduated from school. In 1979, Fred moved to Georgia before joining the United States Army. He came to Fort Leonard Wood to do his basic training and served his country faithfully until his honorable discharge in 1983. He had earned the rank of Specialist 4 and the Good Conduct Medal, Army Service Ribbon, Overseas Service Ribbon, Marksman, M-16 Sharpshooter, and hand grenade. He moved back to Georgia where he lived for 13 years before moving to Cape Coral, Florida. He then moved to Ohio, Missouri, Alabama and in 2015, he moved back to Missouri. He worked for E-Z Go Textron, Sun and worked in maintenance while living in Gulf Shores, Alabama. In his spare time, Fred enjoyed being outdoors while hunting and fishing. After moving back to Missouri, he began attending Fairview Baptist Church of Laquey and he loved going to church and having Sunday dinners. He loved his family tremendously and enjoyed spending time with them. Fred passed away Thursday, August 2, 2018, in Mercy Hospital in Lebanon having attained the age of 57 years. He will be sadly missed, but fondly remembered by all those that knew and loved him. Fred leaves to cherish his memory, his two children, James Joy (Carley) of Springfield, MO and Jessica Durham (Justin) of Cape Coral, FL; five sisters, Robin Webber (Joseph) of Laquey, MO, Twila Crane of the State of IN, Heidi Pacheco (Dan) of the State of CO, Denise Lucas (David) of the State of West VA, and Patricia Pitts (Greg) of the State of GA; two brothers, William Joy (Angie) of the State of AL and William T. Caudill of the State of NM; a number of nieces and nephews; as well as a host of other relatives and friends. In addition to his parents, Fred was preceded in death by one brother: Richard Joy and one sister: Holly Seeley. Services were held at 1:00 p.m. Wednesday, August 8, 2018 in the Memorial Chapels and Crematory of Waynesville / St. Robert with Pastor Francis Stiles officiating. The songs “Amazing Grace”, “Where the Roses Never Fade” and “Go Rest High on that Mountain” were played. Serving as escorts were family and friends. Burial with military honors followed in the Missouri Veterans Cemetery of Waynesville. Military honors were provided by the Missouri Honors Team. Memorial Contributions in memory of Fred Joy may be left at the funeral home.

Fred Allen Joy, son of the late William Donald and Georgia Mae (Brashear) Joy, was born May 22, 1961 in Napoleon, Ohio where he grew up and graduated from school. In 1979, Fred moved to Georgia before joining the United States Army.... View Obituary & Service Information

The family of Fred Allen Joy created this Life Tributes page to make it easy to share your memories.