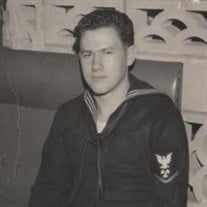 Gary Lee Carroll, son of the late Marvin Warren and Fannie Charlottie (Sloan) Carroll, was born July 7, 1945 in Richland, Missouri. He passed away Saturday, March 30, 2019 in his home in Richland, Missouri having attained the age of 73 years. Gary grew up in the Richland area and attended Swedeborg Elementary School and Richland High School. At the age of 17, Gary entered the United States Navy and served his country faithfully until his honorable discharge. After his honorable discharge, Gary began working as an over the road truck driver. For 40+ years, he hauled boats for Lowe’s/OMC and Playcraft and he enjoyed seeing different parts of the country while driving. In his spare time, Gary enjoyed being outside while fishing and traveling. He was especially excited when he retired so he and his cousin/best friend, Roger Carroll, could go fishing more often. He enjoyed collecting guns, but most importantly, he loved spending time with his family and friends. He treasured each time they could spend together. Gary will be sadly missed, but fondly remembered by all those that knew and loved him. He leaves to cherish his memory, his daughter: Chris Carroll of Richland, MO; three grandsons: Mason and Garon Carroll and Jesse Jennings; five great-grandchildren: Erren, Marshall, Maddox, Walker and Molly; two sisters: Evalyn Sprucebank (Irvin) of Richland, MO and Peggy Wilson (Dean) of Richland, MO; special friend: Bandit; a number of nieces and nephews; as well as a host of other relatives and friends. In addition to his parents, Gary was preceded in death by one sister: Wanda Jones; two brothers: Marvin and Wayne Carroll; and brother-in-law: Roscoe Decker. Graveside services with military honors were held at 1:00 p.m. Friday, April 5, 2019 in the Missouri Veterans Cemetery of Waynesville with Pastor Danny Graves officiating. Military honors were provided by the United States Navy and the Missouri Honors Team. Services were under the direction of Memorial Chapels and Crematory of Waynesville / St. Robert.

The family of Gary Lee Carroll created this Life Tributes page to make it easy to share your memories.