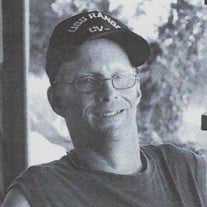 Gary Lee Coffman was born in Springfield, Missouri on February 9, 1969, to Freeman Reedus and Mattie Clarcia (Henson) Coffman and left this world behind at his home in Richland, February 25, 2021, having attained the age of 52 years. Gary made a profession of faith in Jesus and was baptized on April 20, 1980 in the Gasconade River by Pastor Jack W. Southard of Eureka Baptist Church near Richland, Missouri. He attended school at Richland and was proud of his perfect attendance record, graduating in 1987 from RHS. After graduation Gary entered into the United States Navy proudly serving his country until his honorable discharge in 1991. He received the Battle “E” Ribbon, Second Meritorious Unit Commendation, Second Sea Service Deployment Ribbon, Armed Forces Expeditionary Medal, and the National Defense Service Medal. After his service Gary then moved to Portland, Oregon, working at Safeway and was a member of the teamsters. He moved back to his little hometown of Richland and began working for Tracker Marine from 2015 – 2020. Gary enjoyed playing Yahtzee, and other card games, fishing, hunting, 4-wheeling with his cousin, Go-carts, relaxing while watching movies, and being with family. He was preceded in death by his father, Freeman (07/21/2013), one brother, Derrel (11/7/2010). Gary is survived by his son, Andrew James of Oregon City, OR; his mother, Mattie Coffman of Lebanon, MO, one sister, Myrna Deberry and her husband, Sherman of Richland, MO; three nephews: David Traw of St. Augustine, FL, Jeffery Traw of Virginia Beach, VA, and David Deberry of O’Fallon, IL; several other cousins, relatives, and friends. Gary enjoyed the simple things in life and will be sadly missed by those who knew and loved him. Services were held at 1:00 p.m., Wednesday, March 3, 2021, in the Memorial Chapel of Richland with Pastor Lee Todd and Pastor Michael Davis officiating. Songs “Amazing Grace My Chains Are Gone” by Chris Tomlin, “Go Rest High On that Mountain” by Vince Gill, “Somewhere Over the Rainbow” by IZ, and “Spirit in The Sky” by Norman Greenbaum were played. Family and friends served as escorts. Burial with military honors followed in the Wair Chapple Cemetery near Richland, Missouri. Memorial Contributions may be made in memory of Gary Lee Coffman to the Wair Cemetery Fund and can be left at the funeral home. Online condolences may be sent to www.memorialchapelsandcrematory.com

Gary Lee Coffman was born in Springfield, Missouri on February 9, 1969, to Freeman Reedus and Mattie Clarcia (Henson) Coffman and left this world behind at his home in Richland, February 25, 2021, having attained the age of 52 years. Gary made... View Obituary & Service Information

The family of Gary Lee Coffman created this Life Tributes page to make it easy to share your memories.

Gary Lee Coffman was born in Springfield, Missouri on February...