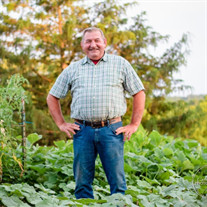 Gary Dean Smith, 73, of rural Richland, Missouri, transitioned to his heavenly home, November 3, 2021, following a battle with cancer. Gary was born in Aurora, Missouri, the son of Billy and Thelma (Siegrist) Smith, who preceded him in death. Gary was a graduate of Aurora High School, Class of 1965. Following high school Gary was drafted into the United States Army to serve in Vietnam. Gary served from December 1967 to July of 1969 with his reconnaissance unit, Company E, 4th Battalion, 21st Infantry. He attained the rank of Sergeant, E5 upon completion of his tour and was awarded the Bronze Star. Upon his return home he wed his sweetheart, Donna Kay Wrinkle on March 20, 1970, at Sweet Home Christian Church in Crocker, MO. Gary and Donna were married for nearly 45 years and of this union, were born three children, Cathi, Brian and Aaron. Donna preceded Gary in death on December 16, 2014. Gary dedicated his life to the Lord at a young age and began serving as a pastor during his 20’s at Sweet Home Church in Crocker. From 1978-1980 he devoted two years to the study of the Bible and Christian history and doctrine. Following his study program, he was ordained as a deacon in the Anglican faith. Gary pastored St. John’s Anglican Church in Shreveport, Louisiana from 1981-1984. In all his years, Gary never ceased studying the Word of God, he was constantly learning. He was happy to share his beliefs and faith with others and defended them fervently through his knowledge of the Word. Gary made a living as a carpenter. He was a masterful finish carpenter and builder. Skills which he taught and passed on to his sons. He was also a talented word worker building kitchen cabinets, roll top desks and other projects as a side business. In the 1970’s he and his partners started Tri-County Woodcraft in Richland, MO. They later went on to open Bear Creek Furniture on I-44, near Stoutland. Gary worked for various construction companies in the 1980’s at Lake of Ozarks. He retired as the owner of Gary Smith Construction in Richland. In his spare time, Gary enjoyed his life on the family farm, raising cattle and working in his garden. He possessed a cheerful disposition and a warm smile, he often whistled as he worked. He also loved to sing. He had a special way with people. He was honest, fair, kind, and hard-working. Gary was a loving husband to Donna and a wonderful father and role model to his children. Perhaps his most beloved title was that of PaPa, as nothing was more special than his grandkids, he was proud of each one and loved them fiercely. We celebrate Gary’s life and take comfort in knowing that he rests in the presence of Jesus Christ and will one day share in the glory of the resurrection and share eternity with those he loved so dearly. Gary is preceded in death by one brother Wayne Smith of Aurora, MO and his brother-in-law, Gary Wrinkle of Poulan, GA. Gary is survived by his three children, Cathi Barth and husband Robert of Rolla, MO and their children Ashley and Evan; Brian Smith and wife Kim of Crocker, MO and their children Brianna, Kasey and Kaylee; Aaron Smith and wife, Heather of Richland MO and their children, Logan, Landon and Kaylynn; three great grandchildren, Gage, Addison and Regan; one brother, Jerry Smith and his wife Martha of Aurora, MO; and many loving in-laws, nieces, nephews, relatives and friends. Services were held at 4:00 p.m., Saturday, November 6, 2021, in the Memorial Chapel of Richland. Son, Brian Smith gave the reading, daughter, Cathi Barth read the obituary, while also sharing cherished memories of her father. A favorite hymn “Amazing Grace” was also played. Serving as escorts was Aaron Smith, Brian Smith, Logan Smith, Landon Smith, Evan Barth, Danny Lane, Shannon Connell, and Matt Evans. Private burial with military honors followed Sunday, November 7, 2021, in the Pemberton-Thornsberry Cemetery near Richland, MO. Well done thy good and faithful servant, thou has been faithful over a few things, I will make thee ruler over many things; enter thou into the joy of thy Lord. Matthew 25:23 Services were under the care and direction of Memorial Chapel of Richland. Memorial contributions may be made in memory of Gary Dean Smith to the Pemberton-Thornsberry Cemetery Fund and may be left at the Memorial Chapel of Richland funeral home. Online condolences can be sent at www.memorialchapelsandcrematory.com

Gary Dean Smith, 73, of rural Richland, Missouri, transitioned to his heavenly home, November 3, 2021, following a battle with cancer. Gary was born in Aurora, Missouri, the son of Billy and Thelma (Siegrist) Smith, who preceded him in death. Gary... View Obituary & Service Information

The family of Gary Dean Smith created this Life Tributes page to make it easy to share your memories.