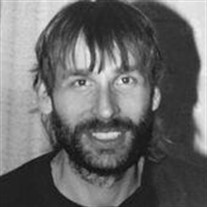 Gary Hugh Wilson, son of Baker and Ingeborg (Kastropp) Wilson, was born January 19, 1955, in Fort Leonard Wood, Missouri. He grew up on his parent’s beloved farm attending school in Richland, graduating in 1973. After high school, Gary married his high school sweetheart, Margie Becker, and was then later married to Karrie Peck. Gary went on to further his education by attending Ozarks Technical County Community College, Lake Ozark, Missouri, obtaining his Associates Degree in Graphic Design and Electronic Communication achieving Honor’s Cum Laude 2003-2005. From 1974-2002, Gary worked for VF Corporation, Lebanon, Missouri, becoming a supervisor over machine maintenance; other responsibilities included cost management, photography and assembly of training films. Gary was an experienced videographer and graphic designer specializing in public news and live entertainment venues. He had twenty plus years working in the photography and video production industry, progressing to the design and development of audio and motion graphics for a variety of corporate clients and public media. Gary worked from 2003 - 2005 at GECO Publishing, Fountain Valley, California, as a graphic designer and video editor, also designing music CD/DVD covers and inserts for production. In 2005-2007, Gary worked for Ozark TV Channel 98 at Lake Ozark, Missouri, as a News Editor, Videographer, Photographer and Graphic Designer. His duties included support editing and arching news clips for the public news at 12 noon and 5:00 p.m., archiving audio clips, photographic clips and daily news, working directly with anchors and reporters building news packages, coordinating radio announcements, camera and sound placements, public service announcements, also producing graphic design work for Ozark TV Magazine, banner ads, billboards, and TV advertising. He also earned a Certificate of Photography from Texas State University and was proud to be a part of the Bagnell Dam 75th Anniversary Documentary, hosted by PBS. Gary made a profession of faith at a young age. He occasionally attended Cornerstone Baptist Church in Richland always enjoying the kindness of the members and his conversations with Brother Chuck. In Gary’s spare time, one of his favorite places to go was Eureka Springs, Arkansas. He took every opportunity to visit the area often; always coming back home all smiles as he shared details of his time away. Gary also enjoyed being outside on the farm whether brush hogging or mowing grass; his worries or concerns just seemed to drift away while riding on his favorite tractor. Gary especially enjoyed the comradery of his friends while playing music with them during their many jam sessions. The laughter and good times they all shared made his spirit soar, and he always looked forward to their next gathering. Gary treasured the times spent with his friends and family. He never let a day go by without talking to his beloved mother on the phone. When Gary was able to travel to Florida for visits with his family, he always came back with a story. He’d be grinning from ear to ear as the proud uncle spoke of his niece and nephews and the fun they’d shared together during his visit. Gary was escorted to his heavenly home to be with the Lord on the evening of Monday, January 15, 2018, having attaining the age of 62 years, 11 months, and 27 days. He was preceded in death by his paternal grandparents, Baker Sr., and Opal (Henson) Wilson, maternal grandparents, Hugo and Alwine Elizabeth Hildegard (Grunzig) Kastropp, and his father, Baker Wilson, Jr. (April 15, 2005). Gary leaves behind to cherish his memory his mother: Ingeborg Wilson of Mulberry, FL, formerly of Richland, MO; sister: Iris Kasmar and her husband, Roy of Mulberry, FL; niece: Lauren Applehof and her husband, Trevor of New Port Richey, FL; two nephews: Andrew Kasmar of Greenville, SC and Daniel Kasmar of Mulberry, FL; two step children: Ashley Grauberger of Lee’s Summit, MO and Joshua Peck of Republic, MO, who Gary loved and adored as if they were his own; several aunts, uncles, cousins, other relatives and friends. Gary liked having a good time and had a great sense of humor. He spoke few words...until you got to know him. Gary was a loyal friend to those he loved. Though Gary’s journey here on earth included a few tears and lots of laughter, the memories he made will forever remain in the hearts of those who knew and loved him. Services were held at 12:00 Noon, Saturday, January 27, 2018 in Cornerstone Baptist Church with Pastor Chuck Baker officiating. Speakers, Kristian Wilson read a poem entitled, “Hear the Whisper” written by, John Wilson, and Doyle Wilson gave the eulogy also sharing many special memories of Gary. Soloist, Denise Wilkerson sang a beautiful song entitled, “Ten Thousand Reasons.” “I Can Only Imagine” was also played by Mercy Me. Serving as honorary escorts were Roy Kasmar, Trevor Applehof, Andrew Kasmar, Daniel Kasmar, Lyle Carroll and Mike Wall. Inurnment followed in the Oaklawn Cemetery of Richland, Missouri. Services were under the direction of Memorial Chapel of Richland. Memorial contributions may be made in memory of Gary Wilson to the Cornerstone Baptist Church and may be left at the funeral home.

The family of Gary Hugh Wilson created this Life Tributes page to make it easy to share your memories.