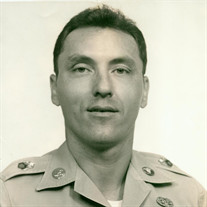 CW2 (Ret) Greg Steven Mitchell was born April 7, 1948 in Oakland, California where he grew up and attended school. In 1968, Greg enlisted in the United States Army and served his country faithfully until his retirement in 1991. He served two tours in Vietnam during the Vietnam War as a Medic and earned several awards and commendations; some of which include: Bronze Star Medal w/V Device w/2 Oak Leaf Clusters, Meritorious Service Medal w/1 Oak Leaf Cluster, Air Medal, Army Commendation Medal w/2 Oak Leaf Clusters, Army Achievement Medal, Good Conduct Medal w/Clasp, Bronze 5 awards, National Defense Service Medal w/1 Bronze Service Star, Vietnam Service Medal w/1 Silver and 2 Bronze Service Stars, Non-Commissioned Officer Professional Development Ribbon w/Numeral 3, Army Service Ribbon, Overseas Service Ribbon w/Numeral 3, Republic of Vietnam Campaign Medal, Combat Medical Badge, Expert Field Medical Badge and Republic of Vietnam Cross of Gallantry w/Palm. Greg attained the rank of Chief Warrant Officer. On March 26, 1991 in Killeen, Texas, Greg was united in marriage to Eun Hee Mun. They shared over 25 years of marriage together and many wonderful memories. After retiring from the military, Greg continued service his country by working as a Physician’s Assistant on Fort Leonard Wood. He served in that capacity from 1991 - 1996. Greg made a very important decision in his life and accepted Jesus Christ as his Savior. He and Eun Hee have been members of the Victory Fellowship Church of God in Waynesville for over 20 years. In his spare time, Greg was an avid reader and loved to study his Bible. He was a very gentle man and would always look for ways to compliment and help others. He would encourage people, especially his church family, with notes from time to time. Greg loved animals and was considered by many as a rescuer of animals. Over the years he has rescue more animals than anyone can count and he loved those pets dearly; especially his dog Cocoa whom he has had for a few years. Greg went home to be with his Lord, Monday, July 25, 2016 in his home having attained the age of 68 years. He will be sadly missed, but fondly remembered by all those that knew and loved him. Greg leaves to cherish his memory, his wife: Eun Hee Mitchell of the home; one son: Scott Mitchell; one sister: Marge Hooker; one brother: James Hooker; other relatives and friends. Even though he has left us, he will remain in our hearts forever. Services were held at 11:00 a.m. Thursday, July 28, 2016 in the Victory Fellowship Church of God of Waynesville, Missouri with Pastor Frank Brunais officiating. Elder Alan Schlie read the obituary and recalled his wonderful memories of Greg. The songs “Amazing Grace”, “Higher Ground” and “Jesus Hold My Hand” were played. Serving as escorts were the United States Army. Burial with military honors followed in the Missouri Veterans Cemetery of Waynesville. Military honors were provided by the United States Army of Fort Leonard Wood, Missouri. Services were under the direction of Memorial Chapels and Crematory of Waynesville / St. Robert. Memorial contributions may be made in memory of Greg Mitchell and may be left at the funeral home.

CW2 (Ret) Greg Steven Mitchell was born April 7, 1948 in Oakland, California where he grew up and attended school. In 1968, Greg enlisted in the United States Army and served his country faithfully until his retirement in 1991. He served... View Obituary & Service Information

The family of CW2 (Ret) Greg Steven Mitchell created this Life Tributes page to make it easy to share your memories.