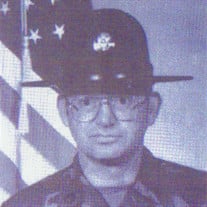 SGT (Ret) Gregory Franklin Mathis, son of the late Eugene and Mildred Delores (Johnston) Mathis, was born June 26, 1951 in Bowie, Maryland and passed away Friday, June 26, 2015, in the University of Missouri Hospital, of Columbia, Missouri having attained the age of 64 years. Frank, as he was known by his family and friends, grew up in Maryland and in his early 20s, he enlisted in the United States Army. He served his country faithfully until his retirement. Frank had attained the rank of Sergeant and earned many awards and commendations; some of which include: Army Achievement Medal (2nd Award), Army Good Conduct Medal (6th Award), National Defense Service Medal, Noncommissioned Officer Professional Development Ribbon-3, Army Service Ribbon, Overseas Service Ribbon-2, German Marksmanship Badge in Bronze, Sharpshooter Qualification M-16 Rifle, and Expert Qualification Badge Hand Grenade. In 1985, Frank was stationed at Fort Leonard Wood and became a Drill Sergeant. On November 2, 1991, Frank was united in marriage to Wilma Ann McGinnis in Waynesville, Missouri. They shared over 23 years of marriage together and many wonderful memories. Frank loved being outdoors. You could find him either hunting or out on the rivers and lakes fishing or just riding in his boat. Frank was a very outgoing and good hearted man. He never met a stranger and was always willing to lend a helping hand to anyone that needed help. He loved people and loved life to the fullest. Frank was known for his story telling and jokes. He greatly enjoyed being with his friends and family. He will be sadly missed, but will live on in the hearts of those that knew and loved him. Frank leaves to cherish his memory, his wife, Wilma of the home; his son, Shawn Mathis (Tallise) of Beaver Creek, OH; a step-son, Ernest McGinnis of Arnold, MO; a step-daughter, Jessica McGinnis of Mesa, AZ; three grandchildren and three step-grandchildren; two brothers, Gary Mathis (Donna) of Mt. Airy, Maryland and Larry Mathis (Cheryl) of Colorado Springs, CO; his aunt, Doris Elwood of Elkridge, Maryland; a number of nieces and nephews; as well as a host of other relatives and friends. Graveside services with military honors were held at 1:00 p.m. Wednesday, July 1, 2015 in the Missouri Veterans Cemetery of Waynesville with Chaplain (CPT) Vince Bains officiating. Military honors were provided by the United States Army of Fort Leonard Wood, Missouri. Services were under the direction of Memorial Chapels and Crematory of Waynesville / St. Robert.

SGT (Ret) Gregory Franklin Mathis, son of the late Eugene and Mildred Delores (Johnston) Mathis, was born June 26, 1951 in Bowie, Maryland and passed away Friday, June 26, 2015, in the University of Missouri Hospital, of Columbia, Missouri having... View Obituary & Service Information

The family of SGT (Ret) Gregory "Frank" Franklin Mathis created this Life Tributes page to make it easy to share your memories.