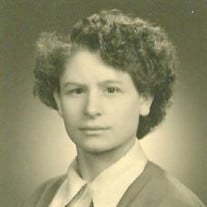 Hildegard Payton, daughter of the late Rudolf and Maria (Ims) Schneider, was born February 13, 1936 in Kaiserslautern, Germany where she grew up and attended school. On September 17, 1957, Hildegard was united in marriage to the love of her life, Ray Arthur Payton, a United States Army soldier. They shared over 57 years of marriage together and four children: Steven, Bruce, Stephanie and Robin. Due to Ray being in the military, Hildegard came to the United States for the very first time in 1958 to Ft. Benning, Georgia. They were then stationed in France, Ft. Belvoir, Washington and then in 1974 came to Fort Leonard Wood, Missouri where Ray retired from the military. Hildegard and Ray decided to stay in the Waynesville area after his retirement. Hildegard was very active in the Veterans of Foreign Wars Ladies Auxiliary and the Disable American Veterans Auxiliary for many years. She served as commander for a time with the DAV Auxiliary and also ran the DAV Thrift Store. She loved serving others and always had to give everyone a hug. Hildegard was a spitfire and everyone loved spending time with her. She loved to shop, work on puzzles and read Steven King novels. Her biggest passion was the Dallas Cowboys. She was an avid fan and made sure that she watched every game she could. Hildegard was a wonderful mother and grandmother. Her family loved her dearly and she doted on them every time she could. She loved spending time with them. Hildegard passed away Saturday, February 21, 2015, in General Leonard Wood Army Community Hospital of Fort Leonard Wood, Missouri having attained the age of 79 years. Hildegard leaves to cherish her memory, two sons, Steven Payton (Gerlinda) of Aurora, CO, Bruce Payton (Samantha) of Waynesville, MO; two daughters, Stephanie Williams (Kenneth) of Derby, KS, and Robin Gallaher (George) of Waynesville, MO; twelve grandchildren: Shannon Payton, Caitlin and Nicole Gallaher (who were Hildegard's caretakers), Michael Williams, Eric Williams, Jennifer Payton, Tabatha Payton, Shawn Payton, Marcus Collishaw, Ashley Collishaw, Brett Newman and Patrick Gallaher; ten great-grandchildren: Maggie Payton, Charlotte Payton, Lizzy Williams, Lennon Williams, Bobby DeLoach, Payton DeLoach, Lillian Hurley, Daniel Wilhelm, Joshua Pokaka'a and Brody Gallaher; a number of nieces and nephews; as well as a host of others relatives and friends. In addition to her parents, Hildegard was preceded in death by her husband, Ray (March 11, 2013); one sister, Ingeborg Klemm; one brother, Rudy Schneider; and one grandson, Derek J. Gallaher. Services were held at 10:00 a.m. Wednesday, February 25, 2015 in the Memorial Chapels and Crematory of Waynesville / St. Robert with Pastor Danny Graves officiating. The songs “Young Love” by Sonny James, “Pledge of Allegiance” by John Wayne and “Mama” by Heintje Simons was played. Serving as escorts were Marcus Collishaw, Bruce Payton, Michael Williams, Eric Williams, Josh Petty and Kenny Williams. Burial followed in the Sunset Memorial Estates Cemetery of Waynesville. Memorial contributions may be made in memory of Hildegard Payton to the St. Jude’s Children’s Hospital or Paws for Purple Hearts and may be left at the funeral home.

Hildegard Payton, daughter of the late Rudolf and Maria (Ims) Schneider, was born February 13, 1936 in Kaiserslautern, Germany where she grew up and attended school. On September 17, 1957, Hildegard was united in marriage to the love... View Obituary & Service Information

The family of Hildegard Payton created this Life Tributes page to make it easy to share your memories.

Hildegard Payton, daughter of the late Rudolf and Maria (Ims)...