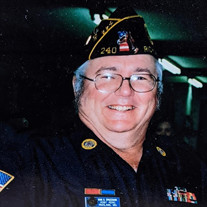 “Spruce,” as he was known, passed away at his home in Richland, Missouri, Sunday, April 18, 2021, having attained the age of 64, with his loving family by his side. He was born February 25, 1957 to Irvin Brent Sr., and Ethel Cleveland (Harris) Sprucebank in Baltimore, Maryland where he grew up and attended school. However, Spruce was lovingly raised by his Gram, Anne Margaret Showalter who he adored, and her husband, Ralph. Spruce worked in construction for a short time before joining the US Army in 1978 in Baltimore. He began his military career at Fort Leonard Wood, Missouri, receiving the Army’s Commendation Medal (2nd Award), Army Achievement Medal (2nd Award)Meritorious Unit Commendation, Army Good Conduct Medal (6th Award) National Defense Service Medal, Southwest Asia Service Medal with 3 Bronze Service Star (BSS), Noncommissioned Officer’s Professional Development Ribbon with Numeral 3, Army Service Ribbon, Overseas Service Ribbon (3rd Award) Kuwait Liberation Medal (K), Kuwait Liberation Medal (SA), and Sharpshooter Marksmanship Qualification Badge with Rifle Bar, before receiving his honorable discharge, retiring in 1998, as an E6 in the 1st Engineer Brigade from Fort Leonard Wood. Spruce served in Desert Storm twice. He enjoyed being an NCO; facilitating open and honest communications within the command, with a goal to ensure that the command exceled in meeting the Commander's vision and achieving the mission. Spruce was very patriotic and was proud to serve his country in and out of season. He counted his day lost if he couldn’t learn something new each day. He was a highly intelligent man. He served on the Hazelgreen Fire Department, and was a lifetime member of the VFW, DAV, and the American Legion Post 240 of Richland, where he also served as commander. He enjoyed running Bingo, and it was there he met Evalyn Decker. Spruce and Evalyn later married on December 8, 2002 in Grace Baptist Church of Richland, Missouri by Pastor Rocky Harris. Over the next eighteen years they enjoyed life, love, and laughter together; always being there for one another. In his spare time, he loved to fish, and work on his computer while listening to classic rock on 102.3. Spruce liked to talk, never meeting a stranger, and could easily strike up a conversation with anyone he’d meet. He is preceded in death by his father, his beloved Gram, and her husband, Ralph, two granddaughter’s, Hannah R. Decker, and Jamie Lynn Decker “Spruce” leaves behind to cherish his memory his loving wife, Evalyn Sprucebank of the home; four children, Warren Decker (Kaleese) of Richland, MO, Janice Lucas (Alan) of Cambridge, England, Jacquetha Owens (Craig) of Jacksonville, FL, and Donald Decker (Sarah) of Richland, MO; 11 grandchildren; several great grandchildren and great-great grandchildren; his mother, Ethel Cleveland (Harris) Sprucebank, (state unknown); one brother, George Sprucebank (Cindy) of Baltimore, MD; two sisters, Joan Kerns (Cliff) and Ethel Peapos (Ted) all of Baltimore, MD; one aunt, Joanne Seal (Lester) of Baltimore, MD; several nieces, nephews, and a host of other relatives and friends. Spruce was a kind and wonderful husband, father, grandfather, brother, and dear friend. His memory will continue to bring smiles to the many faces of those he loved, and he will be greatly missed, leaving a void no one can fill. Services were held at 12:30 P.M., Friday, April 23, 2021, in the Memorial Chapel of Richland with United States Army Chaplain CPT Matthew C. Ailstock officiating., friend, Bill Layde also shared a few words. Favorite songs “Amazing Grace,” and “In the Sweet By And By” were played. Escorts were provided by the US Army. Burial with full military honors followed in the Missouri Veteran Cemetery of Waynesville, Missouri. Services were under the care and direction of Memorial Chapel of Richland. Memorial contributions may be made in memory of SSG (Ret) Army Veteran, Irvin “Spruce” Sprucebank, Jr., and may be left at the Memorial Chapel of Richland. Online condolences may be sent to www.memorialchapelsandcrematory.com

The family of SSG (Ret) Irvin "Spruce" Brent Sprucebank Jr. created this Life Tributes page to make it easy to share your memories.

“Spruce,” as he was known, passed away at his home in Richland,...