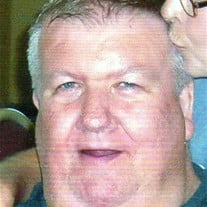 Jackie Dale Beasley, son of the Dale and JoAnn (Henson) Beasley, was born November 3, 1949, in Lebanon, Missouri. He passed from his earthly home on Tuesday, September 30, 2014 in his home, in Dixon, Missouri at the age of sixty four. Jack grew up in Richland where he attended school. He graduated from Richland High School on May 18, 1967. Jack was married to Gale Goodrich for almost thirteen years, and together they shared a precious daughter, Kerri Lynette. Jack was a business man, operating a gas station in Richland for nearly twenty years. Some folks would stop by just to sit a spell, chat, and get an ice cold soda pop. Jack accepted Christ as his personal Lord and Savior. He was a faithful member of Sheppard Baptist Church, attending as long as his health permitted. Family was very important to Jack, especially his three grandchildren. He loved hearing from them and catching up on what they were doing in school as well as, their sports activities. Jack loved animals, especially his beloved cat Sy. In the evenings, you could find him sitting outside feeding any stray cat that might happen by. He enjoyed watching all sports. Jack was an avid reader, and greatly enjoyed history and had traced his family’s genealogy back into the 1800’s. Jack loved his country and was very proud to be an American. He was a beloved father, son, grandfather, brother, uncle and friend. He is survived by one daughter Kerri Brown and her husband, Antonio of the state of TN; his mother, JoAnn Beasley of Richland, MO; four siblings: Mary Ann Nelson and her husband, Mike, Rick Beasley and his wife, Dawn and Becky Beasley all of Richland, MO, Brenda Burton of Crocker, MO; 3 grandchildren: Jelani, Kya and Amari; several nieces, nephews, other relatives and many friends. He was preceded in death by his father, Dale Beasley on March 22, 1993, and his grandparents. Jack enjoyed visiting with people. He was a gentle giant. Once you met him, you would not soon forget him. Though Jack is gone from our sight, we know that he’s home with his Lord, and for that reason, we can celebrate him home! A memorial service was held at 6:00 p.m., Thursday, October 16, 2014 at Grace Baptist Church of Richland with Pastor Fred Bobe and David Vanzant officiating. Recorded music selections included, “One Pair of Hands” and “Go Rest High on that Mountain.” Mary Ann Tate played a selection of prelude and postlude hymns. Several friends and family shared their fond memories of Jack. Arrangements were under the direction of Memorial Chapel of Richland. In lieu of flowers, memorial contributions are suggested in memory of Jack Beasley and may be left at the Memorial Chapel of Richland. Online condolences may be sent to memorialchapelsandcrematory.com

Jackie Dale Beasley, son of the Dale and JoAnn (Henson) Beasley, was born November 3, 1949, in Lebanon, Missouri. He passed from his earthly home on Tuesday, September 30, 2014 in his home, in Dixon, Missouri at the age of sixty four. Jack... View Obituary & Service Information

The family of Jack Beasley created this Life Tributes page to make it easy to share your memories.