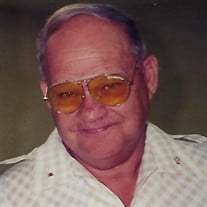 Jack Willford Gregory, son of the late William F. and Daisy Lucille (Price) Gregory, was born August 25, 1928 in Atlanta, Kansas. He passed away Thursday, June 25, 2020 in the General Leonard Wood Army Community Hospital of Fort Leonard Wood, Missouri having attained the age of 91 years and 10 months. At the age of 15, Jack ran away from home 75 cents in his pocket and joined the United States Army in Los Angeles where he was inducted. He was then sent to Fort Bragg, North Carolina for basic training and was transferred to Germany for the last five months of World War II. While serving in France, Jack met Edith Renee Travert. They were united in marriage on January 19, 1957 in Fontainebleau, France and to this union two daughters were born, Liz and Sandy. Jack and Edith came back to the States after his tour of duty was over and due to Jack’s military service, the family was transferred to different duty stations. Jack served in Korea and Vietnam and was transferred back to Fort Leonard Wood where he retired after 28 years of service. He had attained the rank of Sergeant First Class and for his faithful service, he earned several awards and commendations; some of which include: Vietnam Service Medal w/4 Service Stars, Republic of Vietnam Campaign Medal w/60 dev, Combat Infantryman Badge, Bronze Clasp Good Conduct Medal w/5 loops, Bronze Star Medal, and Army Commendation Medal. After his retirement from the military, Jack continued serving his country on Fort Leonard Wood in the Mess Hall and also went to school for agriculture. In his spare time, Jack enjoyed being outdoors while fishing. He was a member of the American Legion, VFW, Knights of Columbus and was very active at his church, St. Robert Bellarmine Catholic Church where he served in several different capacities. Jack will be sadly missed, but fondly remembered by his three daughters: Liz Travert-LeBlanc of Newburg, MO, Sandy Stevens (John Evans) of Waynesville, MO and Debra Mattingly of Cocoa Beach, FL; three grandsons: Jake Stevens (Crystal), Josh Stevens and Caleb Stevens, all of Rogers, AR; two great grandsons: Austin and Jackson Stevens; several nieces, nephews, other relatives and friends. In addition to his parents, Jack was preceded in death by his wife: Edith Gregory; one son: Jack W. Gregory, Jr.; and two sisters: Pat Ottoway and Billie Davis. Services were held at 1:00 p.m. Wednesday, July 1, 2020 in the Memorial Chapels and Crematory of Waynesville / St. Robert with Father John Groner officiating. The song “Ave Maria” was played. Serving as escorts were family and friends. Burial with military honors followed in the Missouri Veterans Cemetery of Waynesville. Military honors were provided by the United States Army of Fort Leonard Wood, Missouri. Memorial contributions may be made in memory of Jack Gregory to the Wreaths Across America and may be left at Memorial Chapels and Crematory of Waynesville / St. Robert.

The family of SFC (Ret) Jack Willford Gregory created this Life Tributes page to make it easy to share your memories.