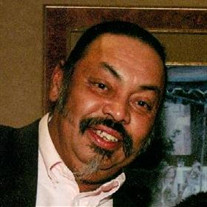 James Batchler, son of the late George Batchler and Etsuko (Shigeru) Batchler McCord, was born February 28, 1951 in Osaka, Japan and at the age of one, he came to the United States with his family. Due to James’ father being in the military, he and the family moved several times before coming to the Waynesville / Fort Leonard Wood area where he attended elementary, middle school and graduated from Waynesville High School with the Class of 1969. After graduating from high school, James attended Central Missouri State University in Warrensburg for one year where he played football. After attending CMSU, James decided to stay in the Kansas City area where he remained all of his adult life until moving back to help build Sweetwater BBQ. While living in Kansas City, James worked as a brick mason and was very helpful when it came time to build the family business. In his spare time, James enjoyed being out on the river or lake while fishing. He liked to watch sports, especially the Kansas City Chiefs and the St. Louis Cardinals. He was very talented as a drawing artist. James was a member of the SGI. James passed away Tuesday, October 27, 2015 in the Rolla Manor of Rolla, Missouri having attained the age of 64 years. He will be sadly missed, but fondly remembered by all those that knew and loved him. James leaves to cherish his memory his son, Jimmy Taylor (LaVerne) and his mother Dorothy Taylor of Dixon, MO; Grandchildren, Dai’Ja Fowler, DonTerrill Fowler, Nichell Taylor, Angie Todd, Justin Todd, Danyelle Lindsey, Christopher Lindsey, Marquitta Smith and Nakiesha Neverdusky; two brothers, David Batchler (Patricia Davis) of Plato, MO, and John E. Batchler (Jennifer) of Newburg, MO; three sisters, Edijon Saxton (Leon,Jr.) of Newburg, MO, Georgie Trotter (Lewis) of Newburg, MO, and Janet J. Potts (Arlan) of Richmond, TX; several nieces and nephews, as well as a host of other relatives and friends. In addition to his parents, James was preceded in death by one nephew: Leon Saxton III. Services were held at 10:00 a.m. Saturday, October 31, 2015 in the Memorial Chapels and Crematory of Waynesville / St. Robert. The songs “A Change is Going to Come” by Sam Cooke, “Lean on Me” by Bill Withers and “That’s What Friends Are For” by Dionne Warwick were played. Memorial contributions may be made in memory of James Batchler and may be left at the funeral home.

James Batchler, son of the late George Batchler and Etsuko (Shigeru) Batchler McCord, was born February 28, 1951 in Osaka, Japan and at the age of one, he came to the United States with his family. Due to James&#8217; father being in... View Obituary & Service Information

The family of James Batchler created this Life Tributes page to make it easy to share your memories.