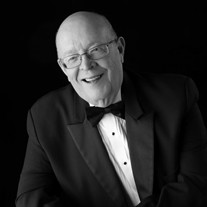 James “Jim” William Brown, son of the late James Raymond Brown and Elsie Margaret (Moore) Brown, was born March 2, 1943 in Sheldon (Vernon County), Missouri and graduated from Raytown High School in Raytown, Missouri. Jim, as he was known by his family and friends, entered the United States Army and served his country faithfully until his retirement in 1988 after 26 years of service. He had attained the rank of First Sergeant and earned several awards and commendations; some of which included: Army Good Conduct Medal-8, National defense Service Medal, Overseas Service Ribbon, Armed Forces Expeditionary Medal, Army Service Ribbon, Meritorious Service Medal-2, Noncommissioned Officer Professional Development Ribbon, Army Achievement Medal, Maryland Commendation Medal, and the Army Commendation Medal-2. During his time in the military, Jim was transferred to different duty stations within the United States (along with Alaska) and abroad (Vietnam, Korea, and Germany). One of his assignments was in Fort Leonard Wood, Missouri and he decided to remain in the area after his retirement. After retiring from the military, Jim worked for the State of Missouri as a corrections officer and an unemployment counselor. He also worked for the federal government as a library assistant and company clerk. On September 13, 2001, Jim was united in marriage to Erika Krueger. They shared over 20 years of marriage together and many wonderful memories. Jim enjoyed working in the outdoors, especially mowing his lawn with his John Deere. He also enjoyed traveling (particularly taking cruises), fishing, hiking, and tinkering around the house. Jim loved his family and enjoyed getting to spend time with them as much as possible, especially the grandchildren. Jim passed away Monday, October 4, 2021 in the St. Clair Hospital of Fenton, Missouri having attained the age of 78 years. Jim leaves to cherish his memory, his wife: Erika Krueger-Brown of the home; four children: Olivia Horton (Robert) of Waynesville, MO, Jonathan Brown (Sandra) of Hutto, TX, Michael Brown (Jennifer) of the state of Virginia, and Christopher Brown (Jill) of Blue Springs, MO; seven grandchildren: Mackenzie, Mallorie, Raegan, Brittany, Jasmine, Duncan, and Allison; niece: Sarah Campbell; several other relatives and friends. In addition to his parents, Jim was preceded in death by one sister: Sandra Bruntmyer; and two nephews: Billy and Paul Campbell. In lieu of flowers, memorial contributions may be made in memory of 1SG (Ret) Jim Brown to the St. Jude Children's Hospital and may be left at the funeral home.

The family of 1SG (Ret) James "Jim" William Brown created this Life Tributes page to make it easy to share your memories.