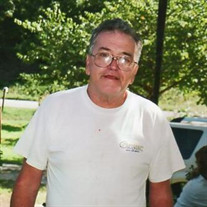 Jerry Don Avery, son of the late Ebon Lester and Virginia Mae (Ogle) Avery, was born July 6, 1946 in Richland, Missouri. He went home to be with his Lord Saturday, December 22, 2018 in the Missouri Veterans Home of St. James, Missouri having attained the age of seventy-two years. As a young boy, Jerry made a profession of faith and was baptized in Sellar’s Creek. He was a member of High Point Baptist Church and most recently a member of the Laclede County Cowboy Church. Jerry attended school in Richland and graduated from Richland High School. After graduation, Jerry began working for HD Lee until he entered the United States Marine Corp. He served his country faithfully from March 3, 1966 until August 15, 1968. He had earned the National Defense Service Medal, Vietnam Service Medal, Vietnam Campaign Medal and the Navy Unit Citation. He had attained the rank of Corporal. On April 14, 1972, Jerry was united in marriage to Norma Jean Baranowski in Richland, Missouri. They shared over forty-six years of marriage together and two children: Angela and Lettie. Jerry was a hard worker and took great pride in providing for his family. He worked as a welder for thirty-seven years and over those years he worked at Playcraft, Tracker and James Tire and Muffler. In his spare time, Jerry loved being outdoors while hunting, fishing and swimming. He liked to work on mechanics, and was extremely proud to be a Marine. Most importantly, he loved spending time with his family. He was always helping any one that he could, whether it was a family member of friend. Jerry will be sadly missed, but fondly remembered by those who loved and knew him. He leaves to cherish his memory, his wife, Norma Avery of the home; two children: Angela Patterson (Adam) of Lebanon, MO and Lettie Avery of St. Charles, MO; two grandchildren: Elijah and Mercedes Patterson; two adopted grandchildren: Anthony and Zoie Rowe; several nieces, nephews, other relatives and friends. In addition to his parents, Jerry was preceded in death by three brothers: Tommy Ray, E.L., and Jimmie Lee; and two sisters: Janice Kay and Patricia Ann. Services were held at 1:00 p.m., Friday, December 28, 2018 in the Memorial Chapel of Richland with Pastor Billy Williams officiating. Favorite music selections included “Precious Memories,” “Mansion Over the Hilltop,” and “Far Side Banks of Jordan.” Serving as escorts were, JR Baranowski, Doug Yakle, Steve Baranowski, Jamie Davis, Larry Baranowski and Bill Henson. Honorary escorts included Frank Baranowski, James Baranowski, Francis Barnes, Mike Trumble, Garry Baranowski, Dwight Baranowski, Danny Rogers, Adam Patterson and Elijah Patterson. Burial followed in the High Point Cemetery near Stoutland, Missouri. Services were under the care and direction of Memorial Chapel of Richland. Memorial contributions may be made in memory of Jerry Avery to the Missouri Veterans Home of St. James or the American Alzheimer’s Association and may be left at the funeral home.

Jerry Don Avery, son of the late Ebon Lester and Virginia Mae (Ogle) Avery, was born July 6, 1946 in Richland, Missouri. He went home to be with his Lord Saturday, December 22, 2018 in the Missouri Veterans Home of St. James, Missouri having... View Obituary & Service Information

The family of Jerry Don Avery created this Life Tributes page to make it easy to share your memories.