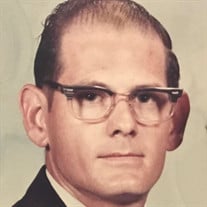 John Fleming Haymond was born in Nutter Fort, West Virginia, on 29 April 1938, the fourth of five children born to Jack and Alma Haymond. His grandmother led him to the Lord as a young man, the all-important decision that set the path for the rest of his life. John moved to Florida when he was nineteen years old; he never lived in West Virginia again, but he carried the mountains in his heart wherever life took him. In Florida he attended Hollister Baptist Church, which was to be his home church for the next forty-two years, and it was there that he met Helen Elaine Crain, the church pianist. John and Elaine were married on 27 June 1964. Feeling called to the mission field, they joined New Tribes Mission in 1969 and underwent three years of training in Pennsylvania and Missouri in preparation for that work. John and his family served in Thailand from 1972 to 1975, when they relocated to the Philippines. The Haymonds returned to the United States in 1982 and settled in Florida. John and Elaine moved to Missouri in 2000 where they worked in a boys’ home ministry. They were faithful members of Maranatha Baptist Church, and John was deeply involved with his church family, especially in activities when he could teach young children. John enjoyed woodworking, leather handicrafts, reading (especially military history), art, and music. He loved to sing and played the harmonica and Jews harp. More than anything, he enjoyed his family and delighted in the arrival of each new grandchild and great-grandchild. He and Elaine were blessed with four children, fourteen grandchildren, and four great-grandchildren. John was very proud of the fact that his two sons, both of his sons-in-law, one of his daughters-in-law, and two of his grandsons served in the U.S. military. He went to be with the Lord one month short of his 81st birthday, surrounded by his family and friends. He is deeply loved and greatly missed by his family: his wife of 54 years, Elaine; his children John (Elena), David (Patricia), Sandy (Mark) and Jenny; grandchildren Tatum, Thoeren, Katie, Kellen, Cierra, Roenn, Sydney, Aidan, Rebekah, David, Lorelei, Lilu, Truman, Elizabeth; great-grandchildren Max, Amalia, Xena, and Martin. Services were held at 12:00 p.m. Friday, March 29, 2019 in the Marantha Baptist Church of St. Robert, Missouri with Pastor Keith Carnahan officiating. Music was provided by David R. Crain and several family members recalled their wonderful memories of Mr. Haymond. Serving as escorts were John Haymond, David Haymond, Mark Heideman, Thoeren Heideman, Roenn Richardson and Darryl Dotson. Burial followed in the Waynesville Memorial Park Cemetery of Waynesville. Services were under the direction of Memorial Chapels and Crematory of Waynesville / St. Robert. Memorial Contributions in memory of John Haymond may be made to Bearing Precious Seed, and may be left at the funeral home or the church.

John Fleming Haymond was born in Nutter Fort, West Virginia, on 29 April 1938, the fourth of five children born to Jack and Alma Haymond. His grandmother led him to the Lord as a young man, the all-important decision that set the path for the... View Obituary & Service Information

The family of John Fleming Haymond created this Life Tributes page to make it easy to share your memories.