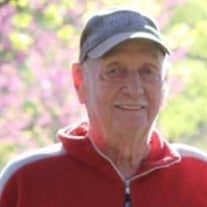 1st SG John Joseph McNeil was born in Watertown, Massachusetts on November 2, 1929, to John H. and Evelyn C. (Dube`) McNeil. John graduated from Watertown High School in 1948. While in high school, John joined the U.S.M.R. Upon graduation he decided to join the U.S. Navy where he received an honorable discharge. John three days later joined the U.S. Army. He volunteered for parachute training and was sent to Ft. Benning, Georgia. Upon completion of jump school, he was assigned to the 11th ABN Division at Camp Campbell, Kentucky. In 1950 John was assigned to the 187th ABN REG combat team, that was alerted to go to Korea February 14, 1951. And later was sent to a hospital in Japan, where he received orders for the 11th ABN at Fort Campbell, Kentucky. After training paratroopers there, John volunteered to return to his old unit in Korea and was assigned to his old job, until cease fire. The unit moved to Japan then on to Ft. Bragg, North Carolina. The 101st was being activated and need recruiter to fill up the 101st so John was accepted for that team. His team was then selected to go to Ft. Leonard Wood, Missouri. John faithfully and proudly served his country, and retired from the Army, receiving an honorable discharge. It was while John was stationed there at Ft. Leonard Wood, he met the love of his life, Corma Ann Noe. He eagerly courted Corma finally winning her heart. On October 20, 1956 in a lovely little chapel at Ft. Leonard Wood, Missouri, the two became one. John and Corma shared over sixty-four years together, they loved deeply and were totally devoted to one another. God richly blessed their lives with five boys and two daughters who filled the McNeil home with much chaos, joy, and tons of laughter. Which probably kept them young! John was an extremely talented man and could do most anything he set his mind on. He greatly enjoyed drawing, painting, woodcarving, keeping his yard in tip top shape with his bride by his side. John was especially proud of his family and always looked forward to spending time with them. He was preceded in death by his parents, two brothers: Danny McNeil and Bobby McNeil, one son: Mike McNeil (1/12/2021), and his precious great grandson, Jase Bradley York. On the evening of January 12, 2021 while in the FLW hospital, John entered into the arms of God having attained the age of 91. He was surrounded by his loving family and leaves behind to cherish his memory his wife, Corma of the home; six children: John McNeil (Kay) of Oldsmar, FL, Terri Kisling (Neal) of Richland, MO, Danny McNeil (Carmen) of Kissimmee, FL, Bobby McNeil (Judy) of Gainesville, FL, Patti Dedmon (Eddie) of Milwaukee, WI, and Shawn McNeil (Toni) of Milroy, PA; one daughter-in-law: Janine McNeil of Kissimmee, FL; one sister: Evelyn Arnold of the Villages, FL; 14 grandchildren and 15 great grandchildren; nieces, nephews, and a host of other relatives and friends. John was a quiet, humble man, his kindness, and loving spirit will be forever missed. However, John’s legacy will always live on in the lives of his family and friends John loved so dearly. Arrangements are under the care and direction of Memorial Chapel of Richland. If you would like to leave a memorial to either a charity of your choice, or one to be determined by the family in memory of First SG (Ret) John Joseph McNeil, you may leave it at the Memorial Chapel of Richland funeral home. Online condolences may be made at www.memorialchapelsandcrematory.com

The family of John Joseph McNeil created this Life Tributes page to make it easy to share your memories.