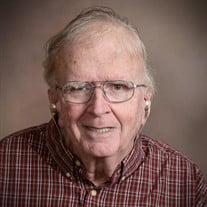 John Francis Pershing, son of the late Lawerence Chalmers Pershing and Barbara Eva (Wilson) Pershing, was born August 1, 1942 in Tucson, Arizona where he grew up and graduated from Amphitheater High School with the Class of 1960. Early in his life, John had made an important decision in his life and accepted Jesus Christ as his personal Savior. When it came time to decide whether he wanted to further his education after high school, John decided to attend Arizona Bible College for 2 years and graduated with a certificate of Christian Education in 1966. On June 13, 1966, John was united in marriage to a young lady by the name of Virginia Lorraine Shepard in Turlock, California. They shared over 54 years of marriage together and were blessed with four children: William, David, Jennifer, and Johanna. John continued serving in ministry throughout the years. He served as children’s minister at various churches in California, Arizona, and New Mexico. In 1987, he founded and was the director of Silver City Gospel Mission and served in that capacity until 1997. This ministry is still operating to this very day. John was dedicated to supporting missions work whether through being a missionary or volunteering this time at area rescue missions in the Tucson area. The one job that was most important to him was that of being the best husband and father he could. He enjoyed sitting by a pond or lake fishing with his kids or grandkids every chance he got. John was always doing things for his family so they would know how much he cared and loved them. Besides the Lord, his family was the most important people in his life. John was incredibly talented in ventriloquism and enjoyed telling stories with his sidekicks Jose’ and Susie. He also enjoyed writing poetry, drawing, and woodcraft. John went home to be with his Lord Tuesday, September 8, 2020 in the Mercy Hospital of Lebanon, Missouri having attained the age of 78 years. He will be sadly missed but fondly remembered by all those that knew and loved him. He leaves to cherish his memory, his wife: Virginia Pershing of the home; three children: David Pershing (Gayle) of Richland, MO, Jennifer Pershing of Richland, MO and Johanna Hubble of Lebanon, MO; five grandchildren: Annie, Alex, Jesse, Nicole, and Justin; several other relatives and friends. In addition to his parents, John was preceded in death by one son: William Pershing (July 2012); and one granddaughter: Rebecca Hubbell (September 2003). Even though he is gone from our sight, his memory will live on in our hearts forever. “I have fought the good fight, I have finished the race, I have kept the faith. Now there is in store for me the crown of righteousness, which the Lord, the righteous Judge, will award to me on that day—and not only to me, but also to all who have longed for his appearing.” – II Timothy 4:7-8 Graveside services were held at 11:00 a.m. Saturday, September 12, 2020 in the Oaklawn Cemetery of Richland, Missouri with Pastor Matt Brady officiating. Services were under the direction of Memorial Chapel of Richland. Memorial contributions may be made in memory of John Pershing and may be left at Memorial Chapel of Richland.

John Francis Pershing, son of the late Lawerence Chalmers Pershing and Barbara Eva (Wilson) Pershing, was born August 1, 1942 in Tucson, Arizona where he grew up and graduated from Amphitheater High School with the Class of 1960. Early... View Obituary & Service Information

The family of John Francis Pershing created this Life Tributes page to make it easy to share your memories.